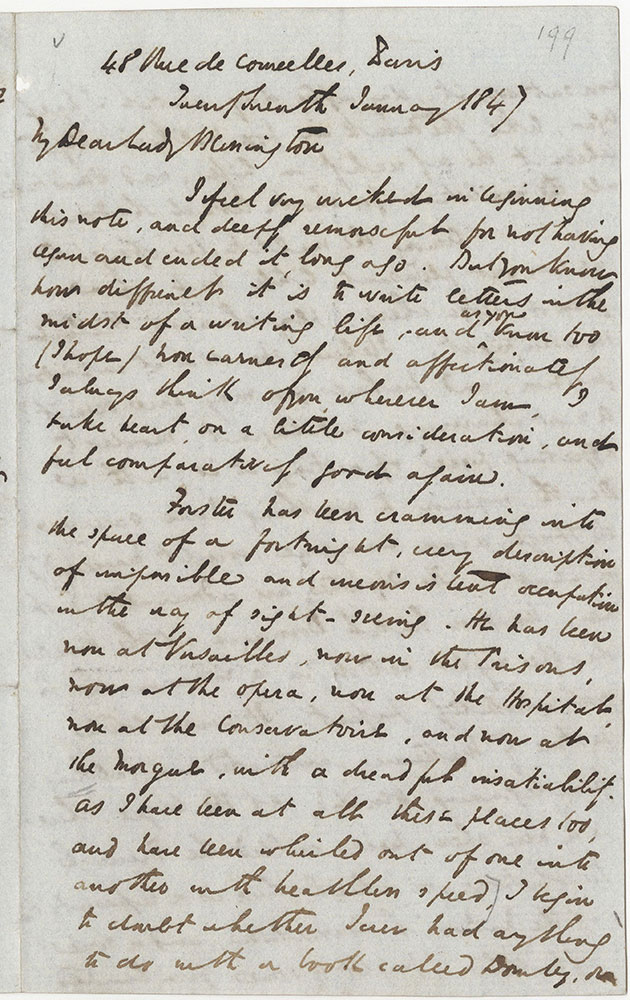 48 Rue de Courcelles, Paris,
Twenty Seventh January 1847
My Dear Lady Blessington
I feel very wicked in beginning this note, and deeply remorseful for not having begun and ended it, long ago. But you know how difficult it is to write letters in the midst of a writing life; and as you know too (I hope) how earnestly and affectionately I think of you, wherever I am, I take heart, on a little consideration, and fee comparatively good again.
Forster has been cramming into the space of a fortnight, every description of impossible and inconsistent occupation in the way of sight-seeing. He has been now at Versailles, now in the Prisons, now at the Opera, now at the Hospital, now at the Conservatoire, and now at the Morgue, with a dreadful insatiability. As I have been at all these places too, and have been whirled out of one into another with breathless speed I begin to doubt whether I have had anything to do with a book called Dombey, or ever sat over it, day after day, until I half began, like the Monk in poor Wilkie’s story, to believe it the only reality in life, and to mistake all the realities for short-lived shadows.
Among the multitude of sights, we saw our pleasant little bud of a friend, Rose Cheri, play Clarissa Harlowe the other night. I believe she did it in London just now, and perhaps you may have seen it? A most charming, intelligent, modest, affecting piece of acting it is: with a Death superior to anything I ever saw on the Stage, or can imagine, except Macready’s in Lear. The Theatres are admirable just now. We saw Gentil Bernard at the Varietes the other night, acted in a manner that was absolutely perfect. It was a little picture by Watteau—animated and talking—from beginning to end. At the end Cirque, there is a new shew-piece called the French Revolution, in which there is a representation of the National Convention, and a series of battles (fought by some five hundred people who look like fifty thousand) that are wonderful in their extraordinary vigor and truth. The Explosive Cotton gives its name to a general review, at the Palais Royal, of the Parisian 1846, which is dull enough, saving for the introduction of Alexander Dumas, sitting in his study beside a pile of quarto Volumes about five feet high which he says form the first tableau of the first act of the first piece to be played on the first night of his new Theatre. The revival of Moliere’s Don Juan at the Francais, has drawn money.  It is excellently played, and it is curious to observe how different his Don Juan and valet, are, from our English ideas of the Master and Man. They are playing Victor Hugo’s Lucreece Borgia again, at the Porte St. Martin; but it is poorly performed, and hangs fire drearily, though a very remarkable and striking play. We were at his house last Sunday week. A most extraordinary place, looking like an old curiosity shop, or the Property Room of some gloomy vast old Theatre. I was much struck by Hugo himself, who looks like a Genius, as he certainly is very interesting from head to foot. His wife is a handsome woman with flashing black eyes, who looks as if she might poison his breakfast any morning when the humor seized her. There is also a ditto daughter of fifteen or sixteen, with ditto eyes, and hardly any drapery above the waist, whom I should suspect of carrying a sharp poignard in her stays but for her not appearing to wear any. Sitting among old armour, and old tapestry, and old coffers, and grim old chairs and tables, and old Canopies of state from old places, and old golden lions going to play at skittles with ponderous old golden balls, they made a most romantic show, and looked like a chapter out of one of his own books.
Eugene Sue is not in Paris, and relinquished his apartment in the Rue de la Pépinière. But I have sent Count D’Orsay’s letter to him in the country. The end of March will see me, please God, safely housed in London again, and reporting to you more about him. Let me thank you cordially, my dear Lady Blessington, for the Book of Beauty and Keepsake. They flourish on the Drawing Room Table of this extraordinary house (sixty yards long, by fourteen feet high) and have given me—through your graceful but strong-handed share in them—and in the contributions of one or two others—great pleasure. I have heard whispers of negociations with Bradbury and Evans, which I hope may be brought to bear. They understand their business and are honest men. That is saying much, in the land of Colburns and Bentley’s.
Remember me, most of heartily to Count D’Orsay, and most gently to the Miss Powers. I have been obliged to do something under the green cover, this month, which I hope they will consider cruel. It was to be, and I couldn’t help it. What sort of day shall we have, I wonder, so four our trip to Rosherville! May would be a good time—don’t you think so?
Ever My Dear Lady Blessington
Faithfully Your friend
Charles Dickens
The Countess of Blessington.

Dickens was familiar with Wordsworth's story from his "Lines Suggested by a Portrait from the Pencil of F. Stone" , telling how Sir David Wilkie, shown Titian's painting fo the Last Supper by Spanish monk, said that he often thought that the pictures were "in truth the Substance, we are the Shadows". Dickens repeated this story in his last public speech at the RA Banquet,(30 April, 1870) as a tribute to Maclise and other dead painter friends
The introduction of Alexandre Dumas in the scene of a play was a satiric attack on Dumas with his new theatre schedule to open on 15 Jan.
Forster describes Victor Hugo's treatment of Dickens as being of "infinite courtesy and grace". CD presented Hugo with a copy of Cricket on the Hearth,  inscribed on the enclosed sheet "Avec les compliments et remerciments de M. Charles Dickens...". This presentation copy is held by the Rare Book Depatment of the Free Library.
Victor Hugo's wife, Adele Foucher, is said to have ceased having maritial relations with Hugo but accepted his infidelities more calmly than CD. 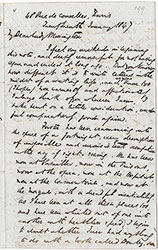 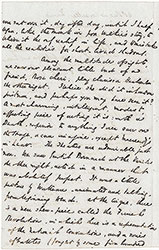 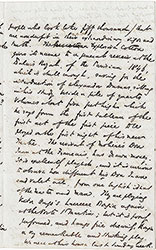 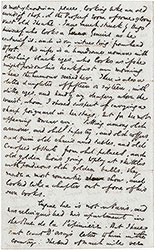 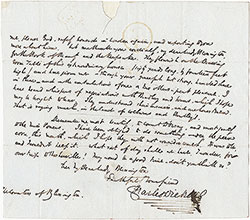 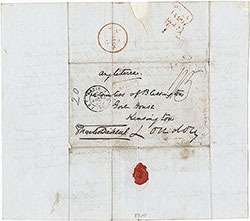