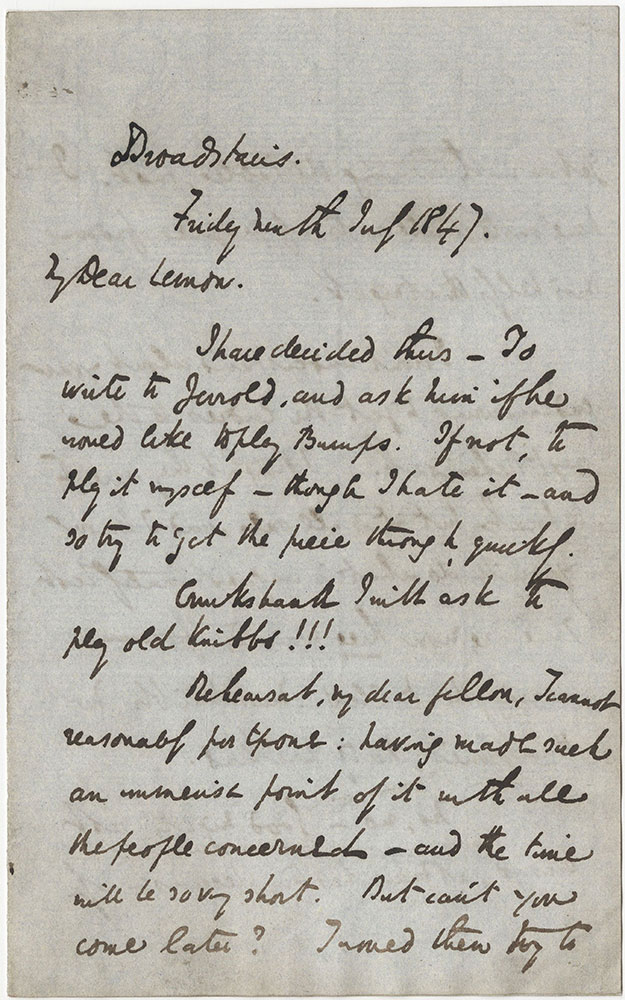 I have decided thus--To write to Jerrold, and ask him if he would like to play Bumps. If not, to play it myself--though I hate it--and so try to get the piece through, quickly.

Cruikshank I will ask to play old Knibbs!!!

Rehearsal, my dear fellow, I cannot reasonably postpone: having made such an immense point of it with all the people concerned--and the time will be so very short. But can't you come later? I would then try to get on with Turning the Tables, first. I have ousted all sorts of people from Miss Kelly's that night.

I don't understand about your endeavouring to get the ladies to the next Rehearsal. I thought they were to be local--but it is all one, and I know you will do what is unquestionably best. There are now three wanted for Turning the tables. Miss Knibbs, Mrs. Humphries, Patty Larkins.

No, no--Good Night's rest, second, at Manchester, because of the Dressing. We are safe. They an't.

Or couldn't you change your Punch day, at such a pass, and with such a notice, and make it Friday????????? I assure you my daily inconveniences and correspondence are overhwleming so that if I could draw (like you) I should represent myself thus

Dickens was left with the part of Jeremiah Bumps, in Turning the Tables.
Cruiskshank accepted the part of Knibbs.
Lemon had parts he played before, such as Brainstorm in Every Man in his Humour and the Stranger in A Good Night's Rest.
There were only two parts: Lemon's and Dickens's as Snobbington, both sure to be ready. 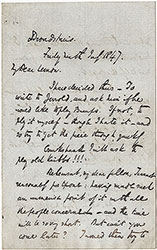 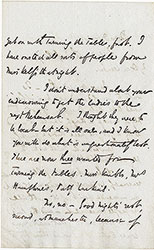 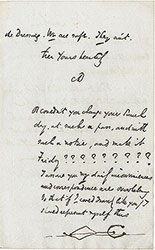 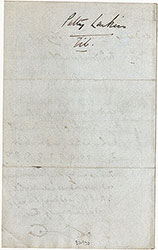