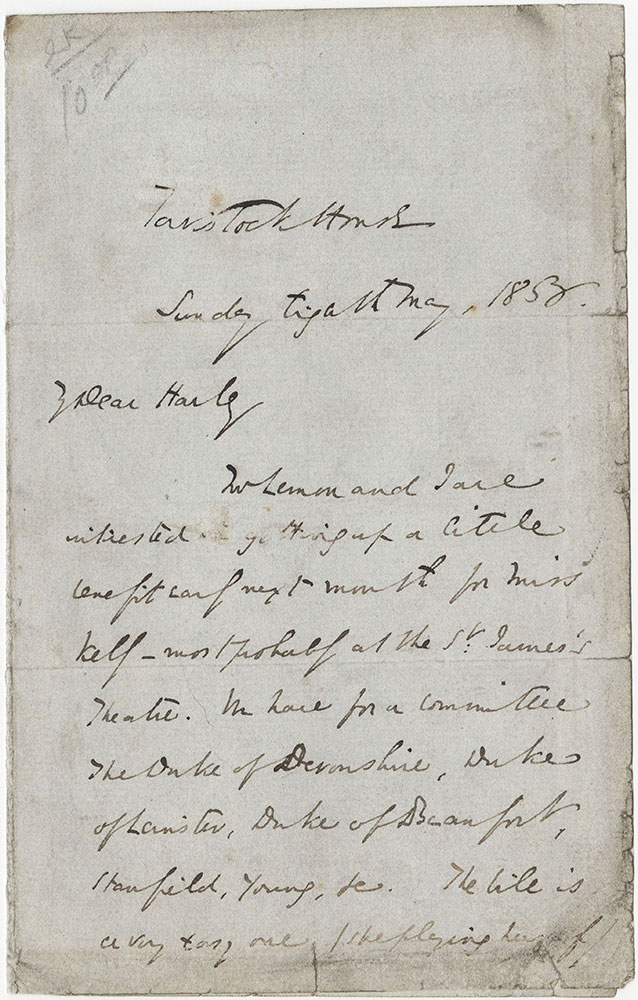 Tavistock House
Sunday Eighth May, 1853
My Dear Harley
Mr Lemon and I are interested in getting up a little benefit early next month for Miss Kelly--most probably at the St. James's Theatre.  We have for a committee The Duke of Devonshire, Duke of Leinster, Duke of Beaufort, Stanfield, Young, &c.  The bill is a very easy one (she playing herself) and we think it will do the design great service if you will nominally (we have a man ready to do all the writing work), act as Secretary.  Send me a line round to say Yes, and we will meet about it soon.
Faithfully Yours Ever
Charles Dickens
J. P. Harley Esquire 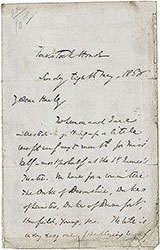 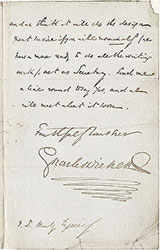