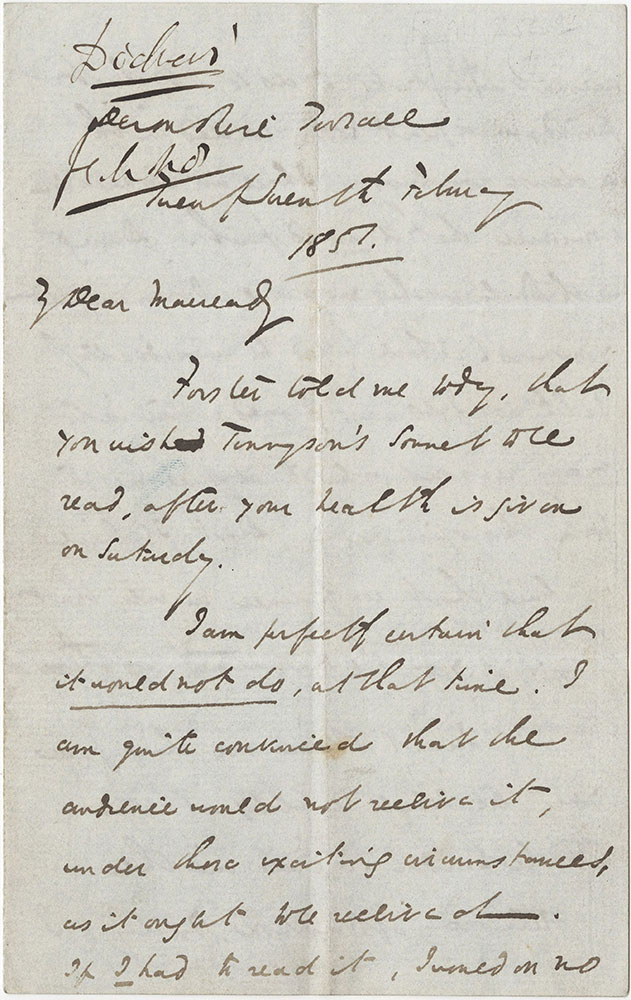 Dear Macready
Forster told me today, that you wish Tennyson’s Sonnet to be read, after your health is given on Saturday.
I am perfectly certain that it would not do, at that time. I am quite convinced that the audience would not receive it, under those exciting circumstances, as it ought to be received it. If I had to read it, I would on no account undertake to do so, at that period,  in a great room crowded with a dense company. I have an instinctive assurance that it would fail. Being with Bulwer this morning, I communicated your wish to him; and he immediately felt as I do. I could enter into many reasons which induce me to form this opinion. But I believe you have that confidence in me, that I may spare you the statement of them.
I want to know one thing from you. As I shall be obliged to be at the London Tavern in the afternoon of tomorrow, Friday (I write, observe, on Thursday Night) I shall be much helped in the arrangements if you will send me your answers by a messenger (addressed here) on the receipt of this. Which would you prefer? That Auld Lang Syne should be sung after your health is given and before you return thanks-or, after have spoken?
I cannot forbear a word about last night. I think I have told you sometimes,   my much-loved friend, how, when I was a mere boy, I was one of your faithful and devoted adherents in the Pit-I believe as true a member of  that true host of followers as it has ever boasted.  As I improved myself and was improved by favoring circumstances in mind and fortune, I only became the more earnest (if it were possible) in my study of you. No light portion of my life arose before me when the great vision to which I am beholden, in I don’t know how great a degree, or for how much, -who does?-faded so nobly from my bodily eyes last night. And if I were to try to tell you what I felt-of regret for its being past for ever-and of joy in the thought that you could never take your leave of me but in God’s own time-I should only blot this paper with some drops that would certainly not be of ink, and give very faint expression to very strong emotions.
What is all this in writing! It is only some sort of relief to my full heart, and shews very very little of it to you-but thats’ something, so I let it go.
Ever My Dearest Macready
Your most affectionate friend
CD.
My very flourish departs from me for the moment.

The sonnet, "Farewell, Macready, since to-night we part", was received with much applause, according to The Times, 3 Mar, which printed it. It was published in Tennyson's Works, 1891.
In "I cannot forbear a word about last night" Dickens refers to Macready's farewell performance, which Macready himself recorded as having acted "Macbeth as I never, never before acted; with a reality, a vigour, a truth, a dignity that I never before threw into my delineation of this favourite character. i felt everything, everything I did, and of course the audience felt with me" (Diaries, II, 496). 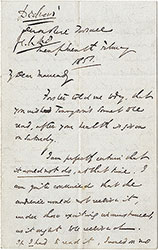 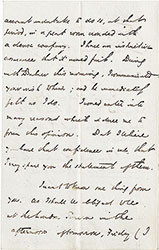 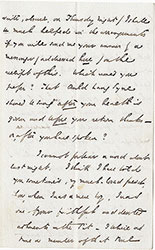 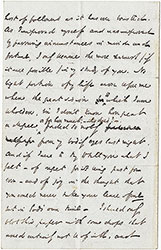 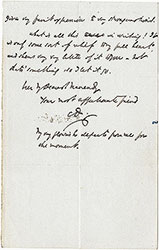