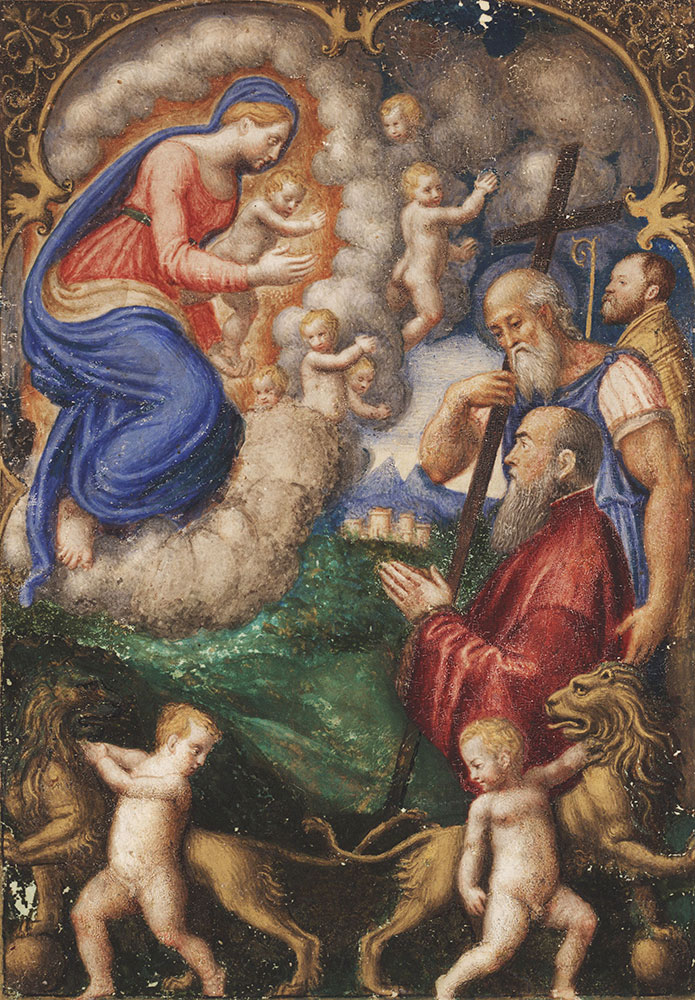 Item No: mcai470111
Additional Title: Dogale
Language: Latin
Folio Number: front
Source: Rare Book Department
Notes: A dogale (pl. dogali) is a document issued by a doge, the title for the highest elected official in several Italian republics. The Doge of Venice was one of the most powerful among them. Dogali were used to transfer power to certain individuals, granting them various rights, responsibilities, and privileges. Although secular documents, the iconography of illuminated dogali was usually religious in nature to suggest the approval of divine authority. In this miniature, the recipient kneels before the Virgin and Child. Behind him are two saints. The first saint is St. Philip the Apostle, identified here by his cross. The other saint has been identified as St. Louis of Toulouse, to whom a Franciscan church in Venice called San Alvise (the Venetian dialect form of Louis) is dedicated.

The illumination of this leaf and several others in the Free Library's collection (Lewis E M 47:5,6,9, 11, and 75:9) was executed in the workshop of a Venetian illuminator active from the 1520s to the 1570s. Known as the "Master T.o Ve," he is so-called after a note on another dogale leaf illuminated by his hand now in the Cini Foundation in Venice.
Notes: Leaf from a Dogale
Sirsi Catalog Key: 1603532
Country: Country:Italy
City/Town/Township:Venice 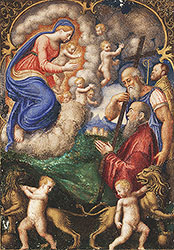 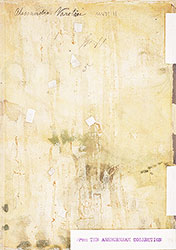