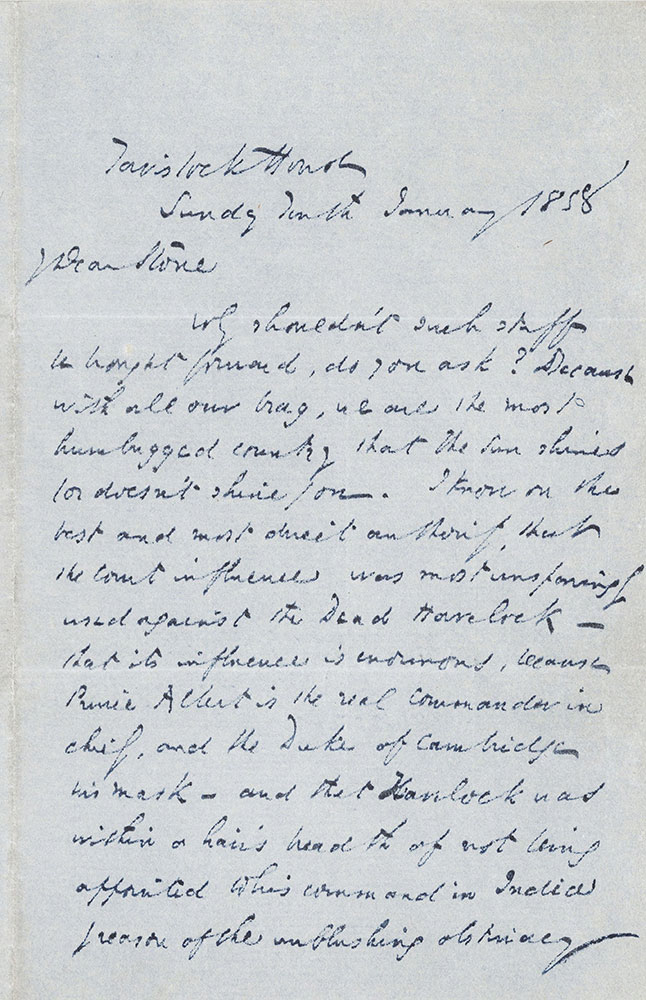 Tavistock House
Sunday Tenth January 1858
My Dear Stone
Why shouldn’t such stuff be brought forward, do you ask? Because with all our brag, we are the most humbugged country that the Sun shines (or doesn’t shine) on. I know on the best and most direct authority, that the Court influence was most unsparingly used against the Dead Havelock – that its influence is enormous, because Prince Albert is the real Commander in chief and the Duke of Cambridge his mask – and that Havelock was within a hair’s breadth of not being appointed to his command in India by reason of the unblushing obstinacy with which the Court championed Airey – the man of all others who failed in the Crimea, and is in the highest degree responsible for the most frightful of its calamities!
Macaulay comes home quite soon enough.
Ever Affecy.
CD. 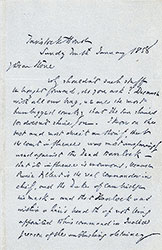 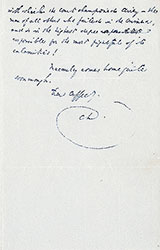