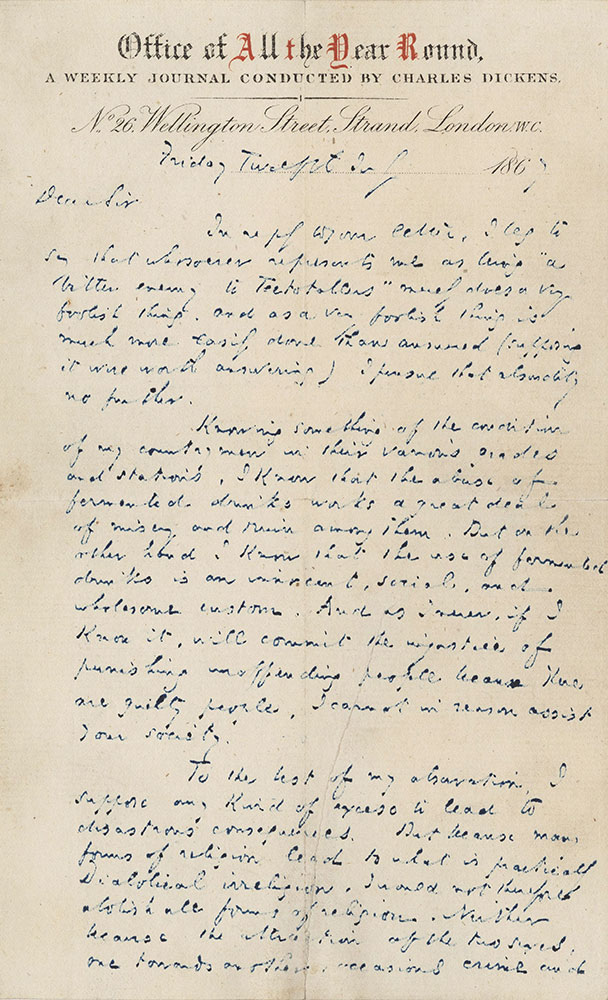 Friday Twelfth July 1867
Dear Sir
In reply to your letter, I beg to say that whosever represents me as being “a bitter enemy to Teetotalers” merely does a very foolish thing. And as a very foolish thing is much more easily done than answered (supposing it were worth answering) I pursue that absurdity no further.
Knowing something of the condition of my countrymen in their various grades and stations, I know that the abuse of fermented drinks works a great deal of misery and ruin among them. But on the other hand I know that the use of fermented drinks is an innocent, social, and wholesome custom. And as I never, if I know it, will commit the injustice of punishing unoffending people because there are guilty people, I cannot in reason assist your society.
To the best of my observation, I suppose any kind of excess to lead to disastrous consequences. But because many forms of religion lead to what is practically Diabolical irreligion, I would not therefore abolish all forms of religion. Neither because the attraction of the two sexes, on towards another, occasions crime and degradation very often, am I prepared to enlist in a Crusade for the separation of the two sexes henceforth.
Dear Sir
Your faithful Servant
Charles Dickens
L.W. Morey Esquire

Morey may have been Secretary of a Temperance Society. Nineteenth century social movements, such as the Temperance Movement and the Teetotaler Movement championed the complete abstinence of alcohol, viewing alcohol as a social ill and as a major cause of the British underclass. The Temperance Movement with its roots in the Evangelical movement espoused middle class ideals such as self-restraint and thrift, while the Teetotaler movement emerged from the working-class. Many working class people, however, viewed the issue of alcohol as a clever diversion from more immediate issue facing the poor, such as overcrowded slums and unfair labor practices. Dickens never aligned himself with any of these movements and viewed alcohol as an outlet for leisure and recreational enjoyment. 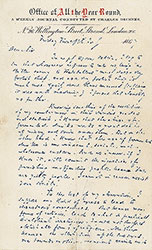 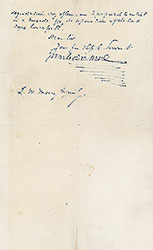