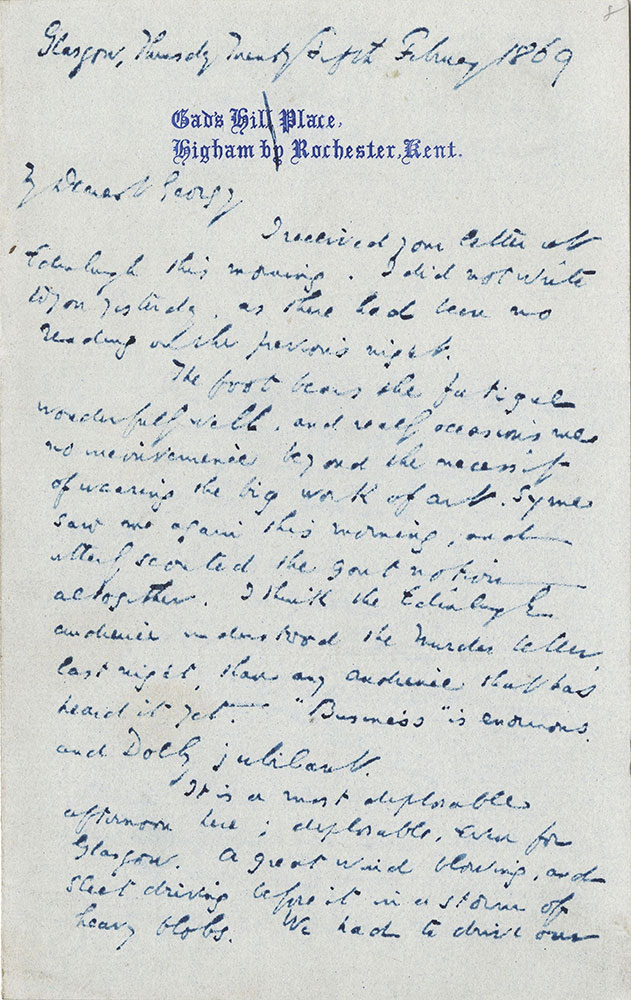 Glasgow, Thursday Twenty Fifth February 1869
I received your letter at Edinburgh this morning. I did not write to you yesterday, as there had been no Reading on the previous night.
The foot bears the fatigue wonderfully well, and really occasions me no inconvenience beyond the necessity of wearing the big work of art. Syme saw me again this morning, and utterly scouted the gout notion altogether. I think the Edinburgh audience understood the Murder better last night, than any audience that has heard it yet. “Business” is enormous, and Dolby jubilant.
It is a most deplorable afternoon here: deplorable, even for Glasgow. A great wind blowing, and Sleet driving before it in a storm of heavy blobs.  We had to drive our train dead in the teeth of the wind, and got in here late , and are pressed for time.
I will write tomorrow to Justerini and Brooks, ordering wine and spirits for the Office.

In judging  of Plorn’s letter, we must remember the entirely new circumstances surrounding him, and the flutter of spirits consequent on writing at all.
I will write a line to Mamie tomorrow.

Ever My Dearest Georgy
Your most affectionate
Charles Dickens

Strange that in the North we have had absolutely no snow. There was a very thin scattering on the Pentlands for an hour or two, but no more.

The Murder is in reference to the Sikes and Nancy reading. The Glasgow Daily Herald, 23 Feb, praised Dickens's performance, particulary when Dickens read the part of Fagin who works up Sikes to the murder point,  the article stated that "one forgets that it is Dickens who is reading; for Fagin with his mingled fiendish glee and terror and inhuman cunning seems actually before us."
Originally crossed through, presumably by Georgina Hogarth, when preparing the 1880 edn. At a later date, 5 lines of MS, following "Office" were cut out and piece of paper stuck over the gap. 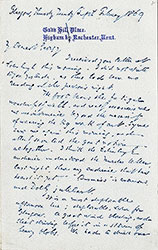 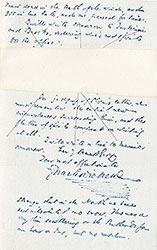