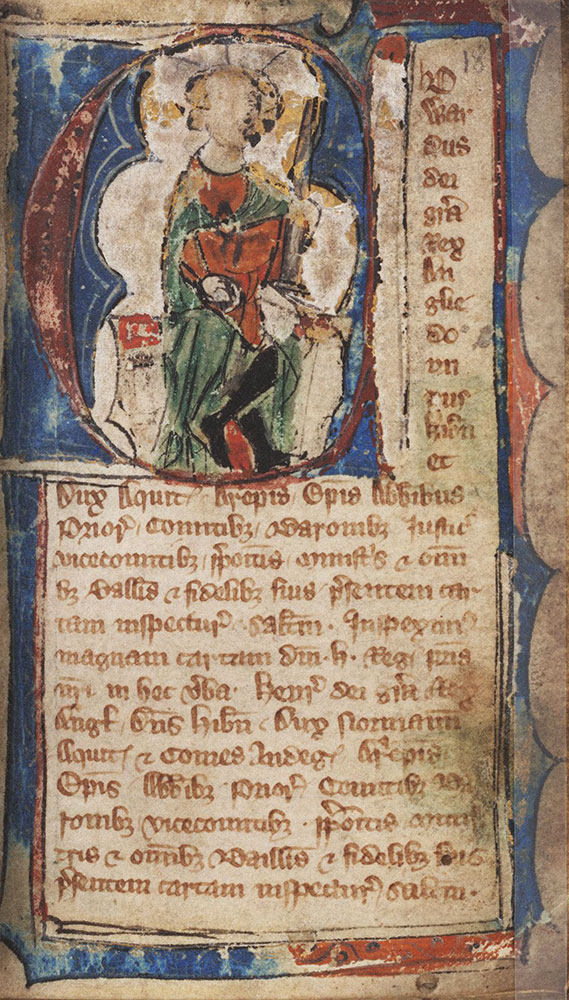 Item No: mcac142101
Title: Statuta vetera (Old Statutes)
Script: Anglicana
Language: Latin
Folio Number: 18r
Source: Rare Book Department
Notes: Initial E with Edward I
Notes: This manuscript contains the Statuta vetera, which comprise the statutes of England beginning with the Magna Carta, a document first issued in 1215 by King John (ruled 1199-1216). The page shown here begins the manuscript's copy of the Magna Carta. The initial E, with a picture of a seated king, begins the words, "Edwardus dei gratia rex angleterre ..." (Edward by grace of God king of England). Edward I ruled from 1272-1307, he reconfirmed the document in 1297.

The Statuta vetera end with the statutes enacted during the reign of Edward II (d. 1327), while the Statuta nova begin with laws from the reign of Edward III (ruled 1327-1377). However, the latest statute contained in this manuscript is the Statute of Lincoln, which was enacted on February 14, 1301, thus helping to date the manuscript to that year or shortly thereafter.
Sirsi Catalog Key: 1598846
Country: Country:England 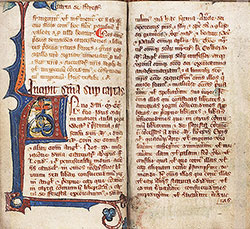