The Southern Confederacy a Fact!!! 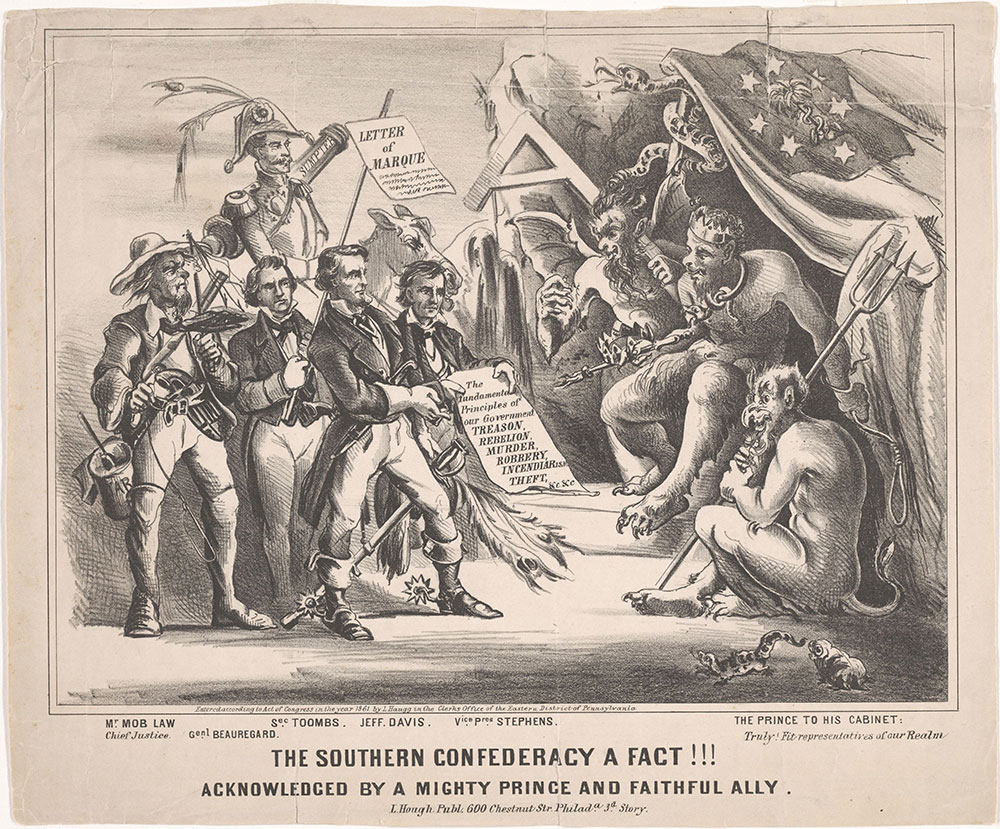 Library of Congress summary: A biting vilification of the Confederacy, representing it as a government in league with Satan. From left to right are: "Mr. Mob Law Chief Justice," a well-armed ruffian carrying a pot of tar; Secretary of State Robert Toombs raising a staff with a "Letter of Marque" (a governmental authorization to seize subjects or property of foreign state, here a reference to Georgia's January seizure of federal Fort Pulaski and the Augusta arsenal); CSA President Jefferson Davis, wearing saber and spurs. Vice President Alexander Stephens holds forward a list of "The Fundamental Principles of our Government," including treason, rebellion, murder, robbery, incendiarism, and theft. Behind the group, on horseback, is Confederate general Pierre Gustave Toutant Beauregard, commander of forces at the bombardment of Fort Sumter. The delegation is received by Satan and two demonic attendants, who sit in a large cave at right. One attendant has over his shoulder a gallows from which hangs a corpse; the other holds a pitchfork. Satan holds a crown and scepter for Davis in his right hand, while in his left hand he hides a noose behind his back. He greets the Confederates, "Truly! Fit representatives of our Realm." Over his head flies a banner with the palmetto of South Carolina and six stars. A large snake curls round its staff.