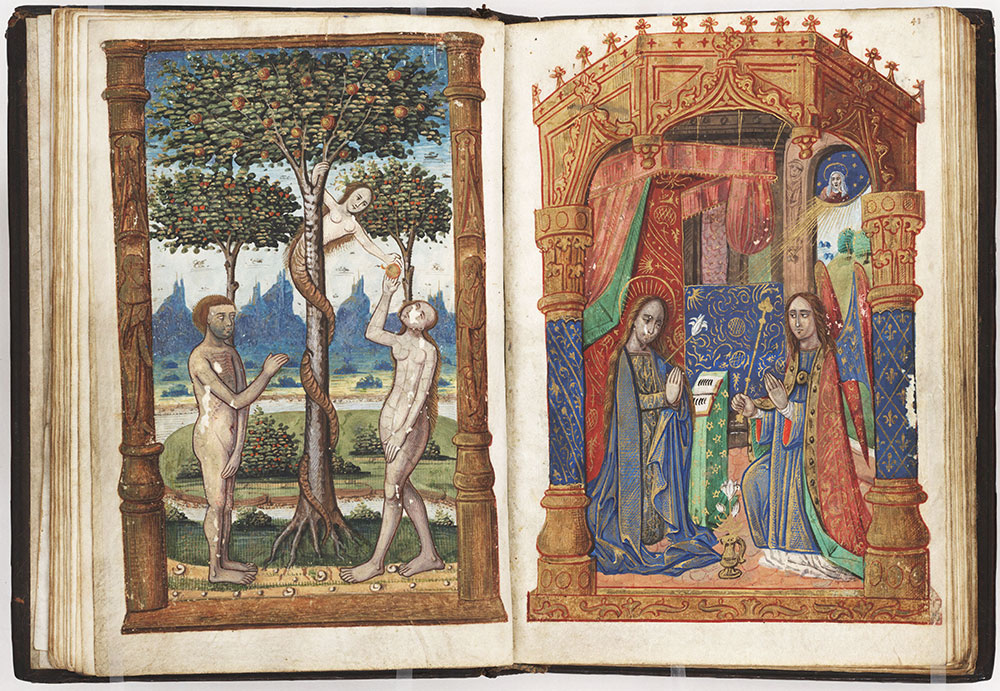 Item No: mca1230220
Additional Title: Book of Hours, use of Rouen
Script: Bastarda
Language: Latin
Folio Number: ff. 22v-23r
Source: Rare Book Department
Notes: Temptation of Adam and Eve and the Annunciation
Notes: These miniatures depicting a female-headed serpent tempting Eve in the Garden of Eden and the Annunciation, the moment when the Virgin Mary was told that she would bear the Christ Child, connect the two most significant moments in the sacred history of Christianity by emphasizing the positive and negative roles of women. In juxtaposing these two events, the artist contrasted the woman who was responsible for the fall of humanity from grace with the woman who brought about its salvation as the mother of Christ. The original owner of the manuscript, possibly a French aristocratic woman named Jacqueline Du Pré whose name appears on the binding, would have understood Eve and Mary as models of bad and good behavior, respectively.
Sirsi Catalog Key: 1560476
Country: Country:France
City/Town/Township:Rouen ? 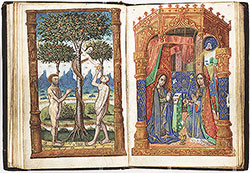 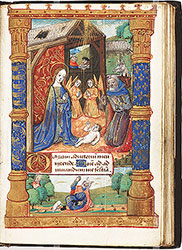 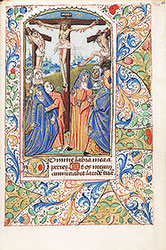 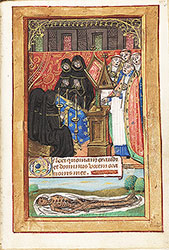 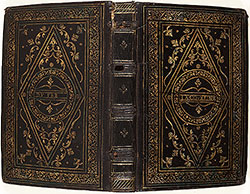 (1499). Book of Hours, use of Rouen. Retrieved from https://libwww.freelibrary.org/digital/item/3812