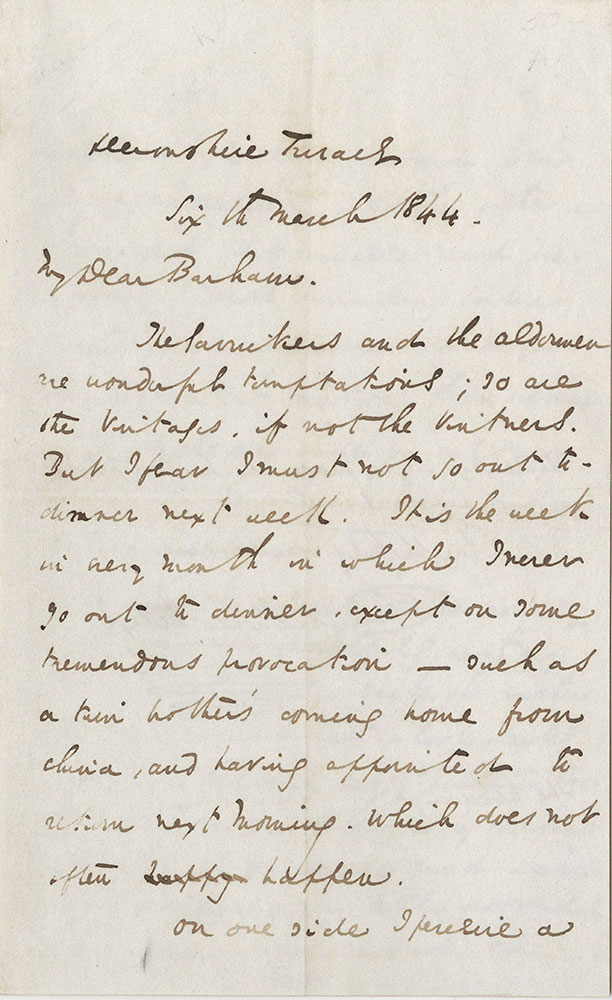 Devonshire Terrace
Sixth March 1844.
My Dear Barham.
The Garrickers and the Aldermen are wonderful temptations; so are the Vintages, if not the Vintners. But I fear I must not go out to dinner next week. It is the week in every month in which I never go out to dinner, except on some tremendous provocation – such as a twin brother’s coming home from China, and having appointed to return next Morning. Which does not often happen.
On one side I perceive a clearhead, looking forward to the end of Chuzzlewit. On the other, a blear-eyed (but amiable and pre-possessing) Youth, drinking Soda Water and incapable of any greater mental exertion than ordering it. On the one side, a solitary chop. On the other a gregarious and aldermanic spread.
I strike myself on the breast – beat the stage doubtfully with my right russet boot – shake the feathers in my slouched hat – look darkly at you – suddenly cry “Tempter! No More!” – cross – defy you by tapping the hilt of my sword – and go off through a very little door, which has previously been shoved on sideways, by a man in scarlet plush.
Faithfully Yours ever
Charles Dickens
The Reverend R. H. Barham

Thomas Ingoldsby was the pen name of Richard Harris Barham, and the name by which he was better known. 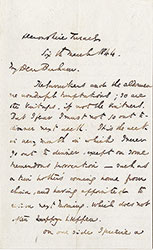 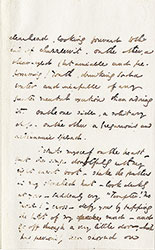 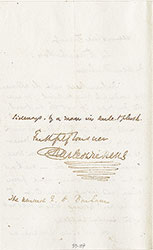