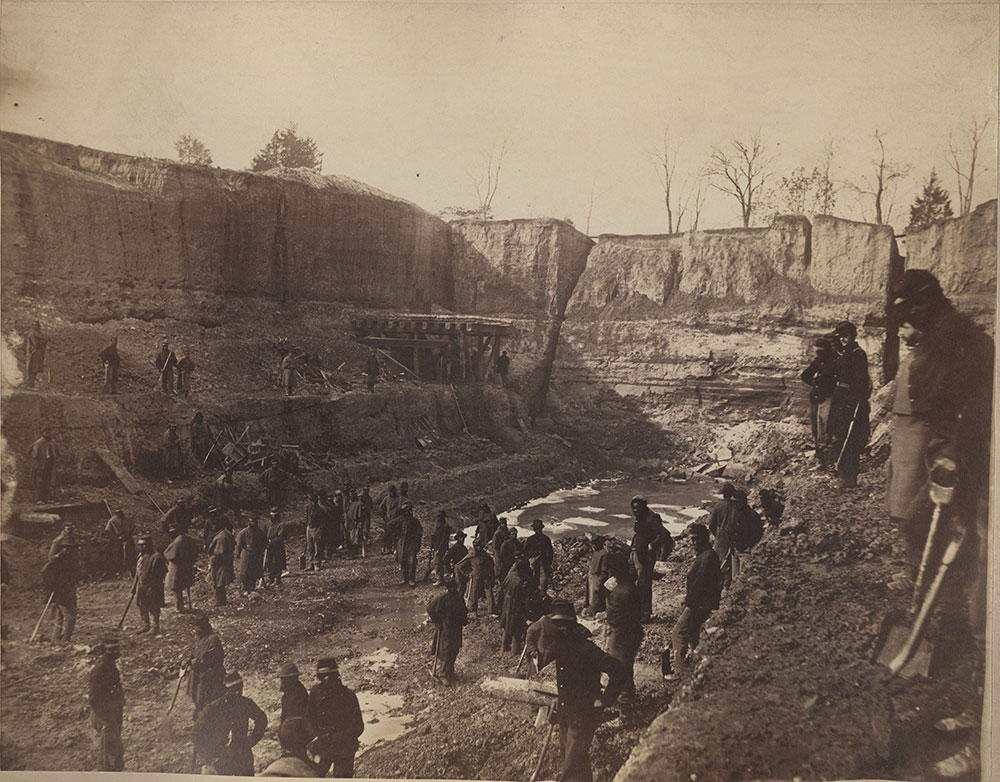 "We reproduce from a photographic view, for which we are indebted to Captain S. L. LANGDON, First United States Artillery.This sketch gives a view of the work in its last stages, while preparations were being made to explode the bulk head."

"Dutch Gap Canal was originally suggested by General BUTLER. James River is an extremely tortuous stream, and especially so in its course around Farrar's Island. This peninsula, misnamed an island, is forty miles from Richmond by the river, although it is only one third that distance by a straight line. The bend of the river here takes it seven miles out of its way, bringing it around again to a point only two hundred yards from its point of deflection. A canal across these two hundred yards not only saves a journey of seven miles, but also evades the obstructions and batteries which make the bend impassable to our fleet. "

"The work was surveyed on the 7th of August, and three days afterward was actually commenced. Brigadier-General B. C. LUDLOW, of General BUTLER'S staff, acted as superintendent, assisted by Major PETER S. MICHIE, Chief of Engineers."

The  engraving from the photo and the article were published in  Harper's Weekly, January 21, 1865, cover art and article on page 38.