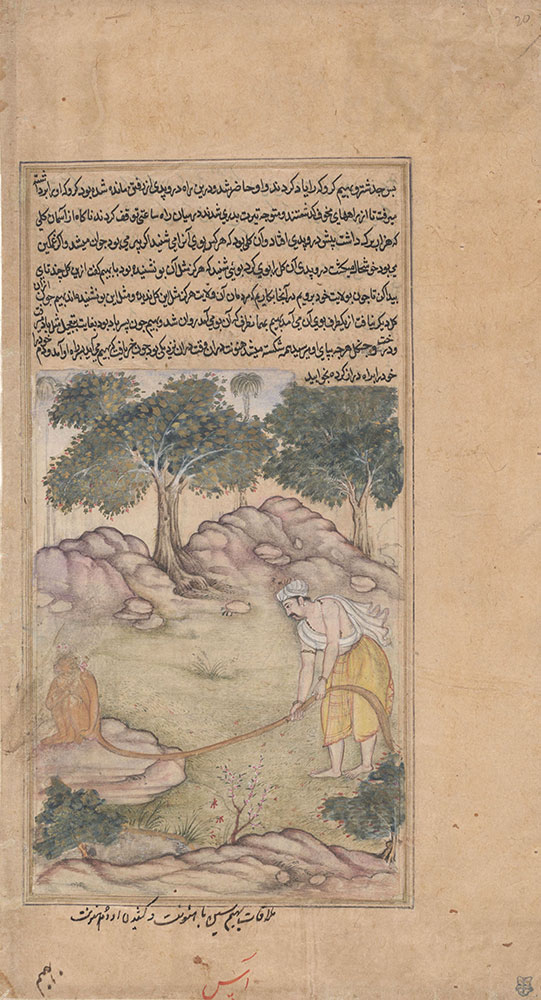 At one point during the Pandavas’ twelve-year exile, Bhima, the strongest of the five brothers, came upon a weak, ill monkey who blocked his path. The monkey entreated Bhima to lift his long tail. Try as he might, powerful Bhima was unable to accomplish this simple task and so realized that he was in the presence of a superior being, the great monkey god Hanuman in disguise. Although this rather spare painting looks simple, the artist used the nim qalam (literally, “half pen”) wash technique that required great skill as it left little room for error.