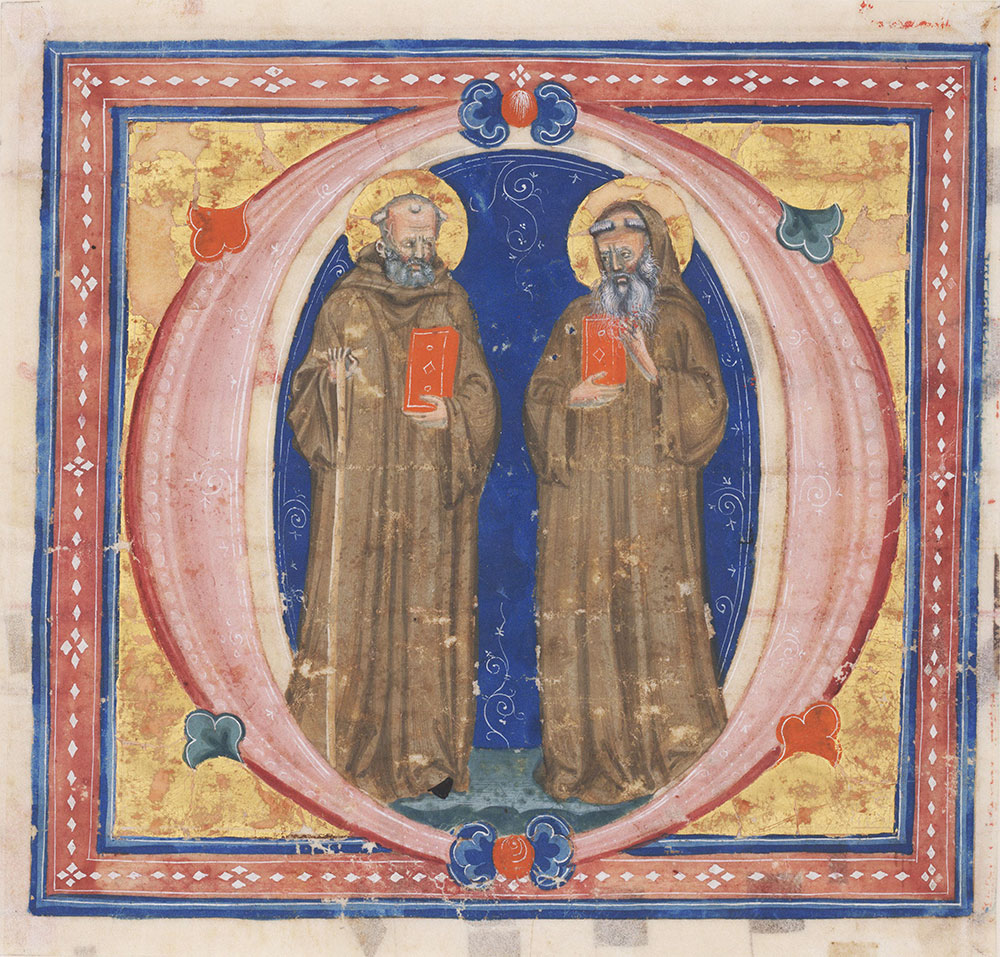 Item No: mcai250171
Additional Title: Gradual?
Script: Rotunda
Language: Latin
Folio Number: front
Source: Rare Book Department
Notes: Initial O with St. Anthony Abbot and St. Paul the Hermit
Notes: This initial probably began the Introit for the Common of Abbots, "Os justi meditabitur sapientiam ..." (Right reason is on the good man's lips) in a gradual. The iconography supports this identification. St. Anthony Abbot and St. Paul the Hermit belong to a group of third- and fourth-century saints known as the Desert Fathers. The Desert Fathers were men who fled to the Egyptian desert to escape persecution and to lead a life of solitude and contemplation. In the medieval west, Sts. Anthony and Paul were considered to be the founders of Christian monasticism.

The illumination of this initial has been attributed to the Master of the Dominican Effigies, an anonymous artist active in Florence in the second quarter of the fourteenth century.
Sirsi Catalog Key: 1594375
Country: Country:Italy 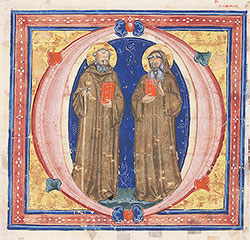 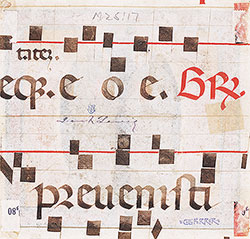