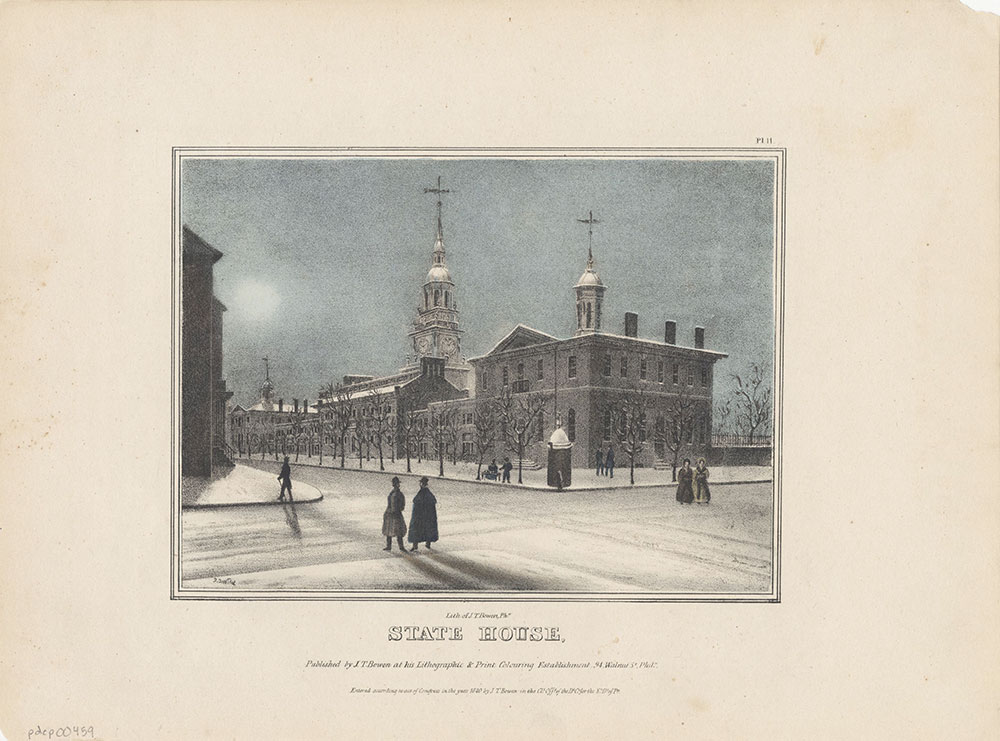 The Old State House was commenced in 1729, and finished in 1734; and its amplitude and magnificence are conspicuous emblems of the public spirit of those days.  The scenes which were enacted within its consecrated walls will forever remain indelibly written in our Colonial History; and the immortal group, who so firmly placed their signatures to the great instrument of perpetual freedom, have been placed, by the genius of Trumbell, in a time-honored painting, that America will cherish so long as there is a spark of the patriotism of our forefathers remaining upon these shores.
-Ezra Holden, Views of Philadelphia and Its Vicinity, 1838