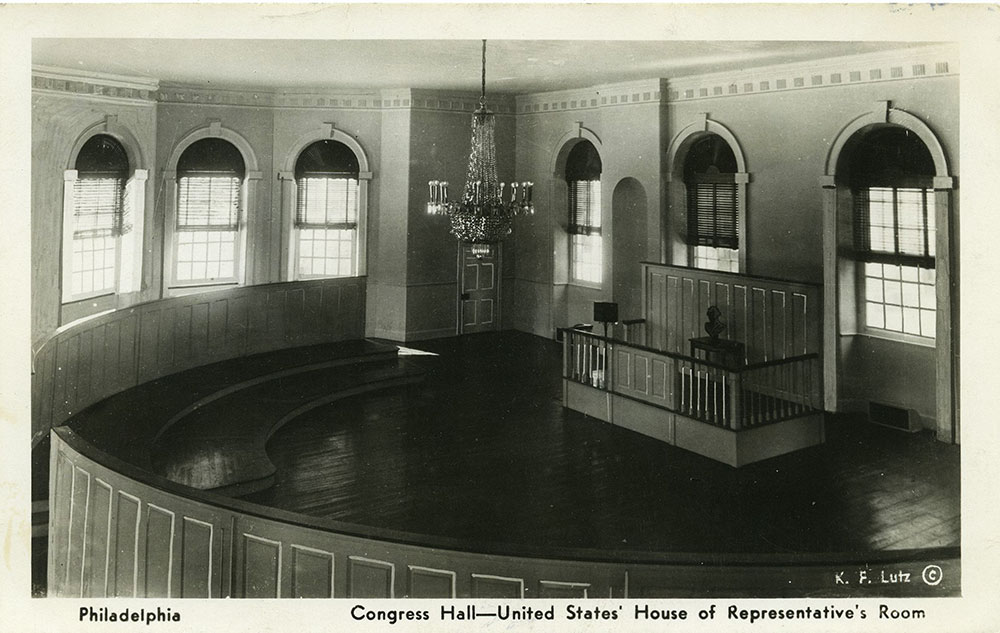 [On REVERSE] National Museum - Independence Hall Group  Congress Hall - U.S. House of Representative's Room       From 1790 till 1800 Congress Hall was the United States Capitol. The restoration of this room now shows its appearance when the Members of Congress (House of Representatives) held their sessions here. The members sat at tables on the riser platforms, with a third row on the level floor, facing the Speakers Rostrum.     The Rostrum itself is installed on the Original Floor Boards, and it was here that John Adams was inaugurated the second President of the United States, 1797. In 1796, fronting the Rostrum, George Washington delivered his "Farewell Address" to the American People.