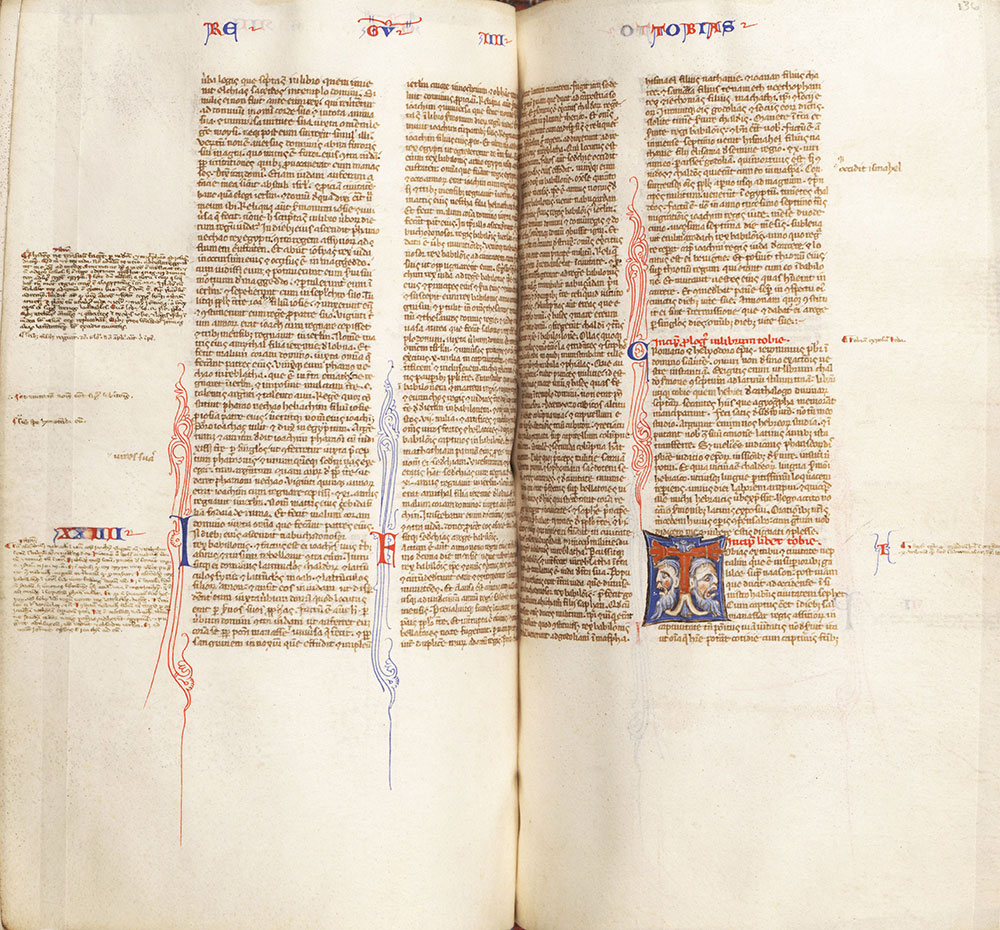 Item No: mca0391350
Additional Title: Bible
Script: Rotunda
Language: Latin
Folio Number: ff. 135v-136r
Source: Rare Book Department
Notes: Opening showing the beginning of the Book of Tobit
Notes: The thirteenth century saw the development of small, portable bibles. Romanesque bibles had been large-format, grand productions. In order to create an easily carried, single-volume bible the script became impossibly small. In this example, the scribe wrote about twelve lines to the inch, while the marginal commentary is even tinier, with each line measuring less than a millimeter.

Because so much had to be written in a small space, these portable bibles contain relatively little illustration. In this manuscript, all the figural imagery is contained in the historiated initials that begin the various books of the Bible. Nevertheless, the manuscript is still quite decorative, with red and blue chapter numbers and running titles on each page and elaborately flourished initials.
Sirsi Catalog Key: 1583654
Country: Country:Italy
City/Town/Township:Venice ? 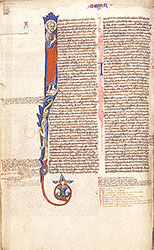 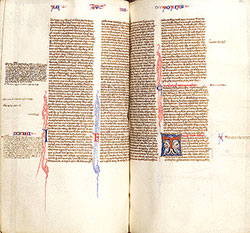 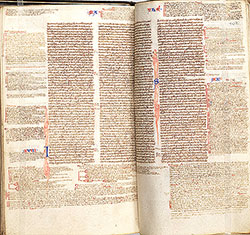 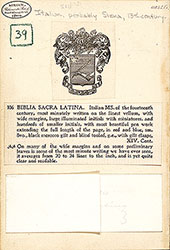