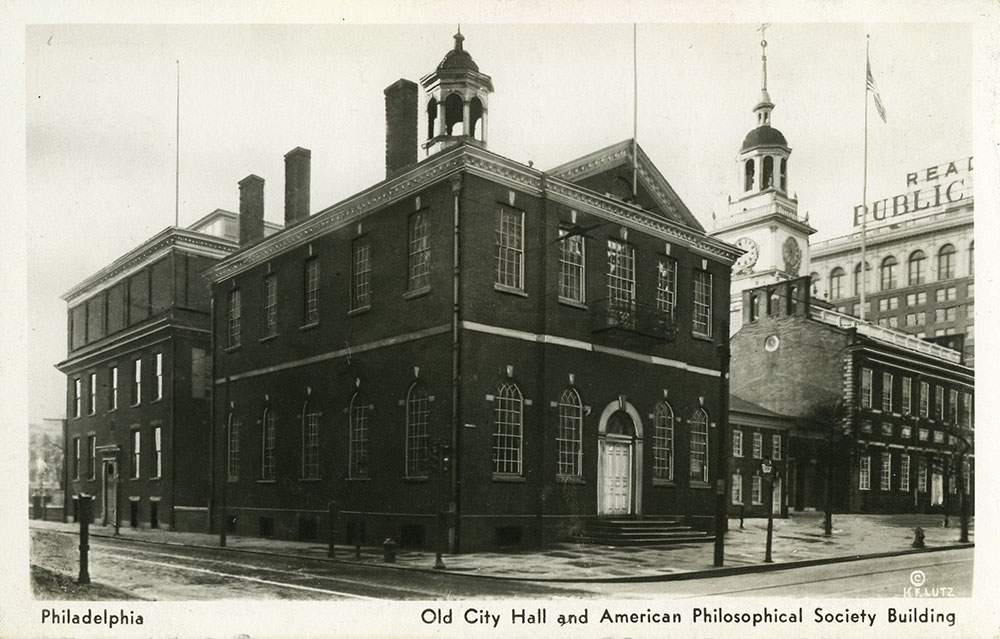 [ON REVERSE] OLD CITY HALL AND AMERICAN PHILOSOPHICAL SOCIETY BLDG. 5th and Chestnut Street  Old City Hall built 1790, is almost identical with Congress hall. The Supreme Court of the United States held its first sessions on the second floor from February 7, 1791 until August 15, 1800. The Mayor, Aldermen and later City Council sat in this building until March 27, 1895. American Philosophical Society Building on the east side was presented to the Society by the Commonwealth of Pennsylvania in 1785.