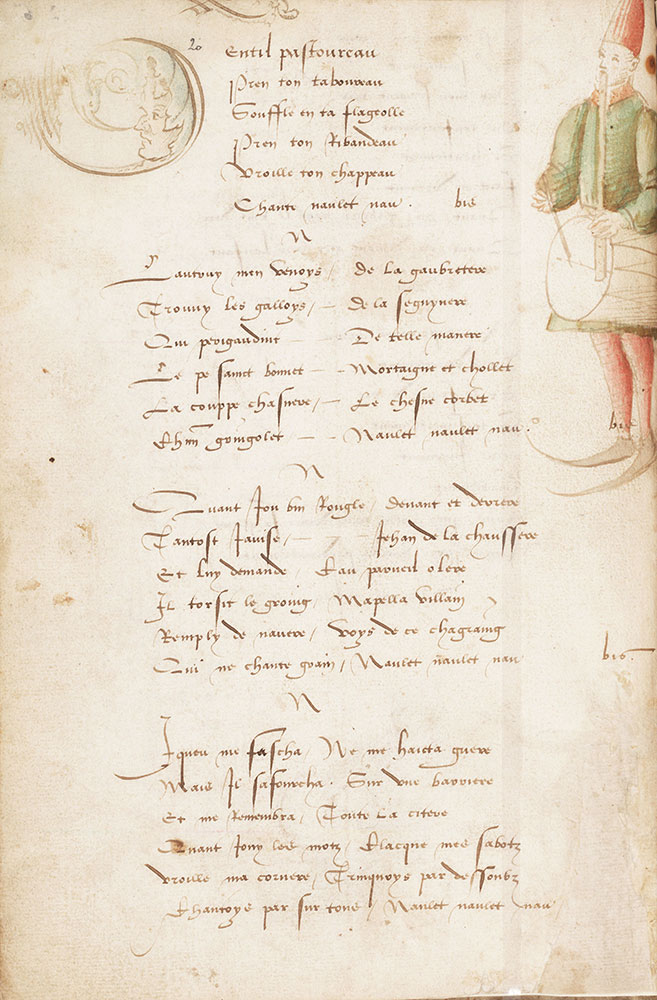 Item No: mca2110262
Additional Title: Noels (Christmas carols)
Script: Cursive
Language: French
Folio Number: f. 26v
Source: Rare Book Department
Notes: Musician
Notes: This manuscript can be dated to ca. 1520, with sixteenth-century additions.
Notes: This manuscript contains a rare collection of French "Noels" or Christmas carols, many of which are unpublished. These were popular songs sung by the laity in celebration of Christmas and outside of a liturgical or ritual context. The agrarian and pastoral themes that appear in the illustrations throughout the manuscript reflect the rustic associations that this form of popular song carried, due in part to the fact that according to the Bible, it had been the lowly shepherds who had been the first to hear of Christ's birth. In the right margin, a man plays a pipe and tabor.
Sirsi Catalog Key: 1610925
Country: Country:France 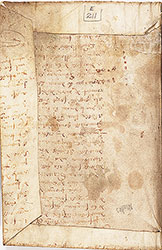 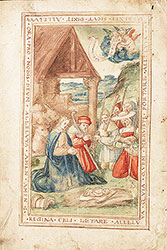 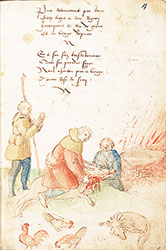 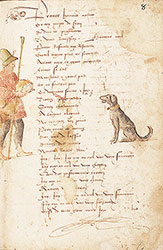 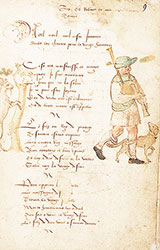 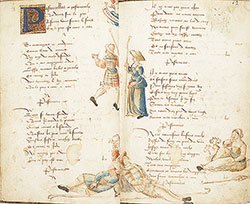 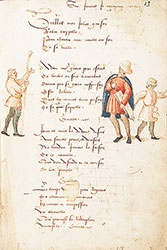 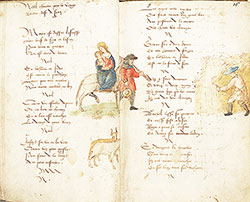 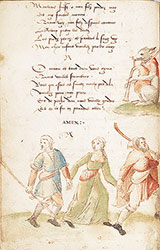 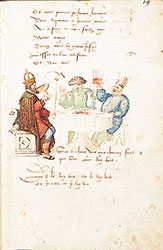 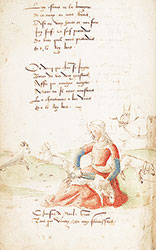 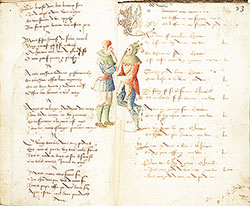 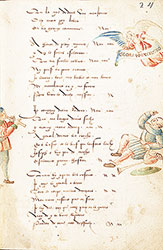 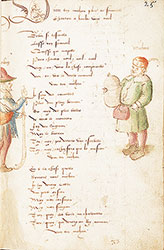 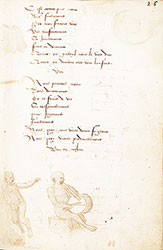 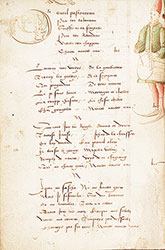 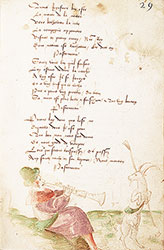 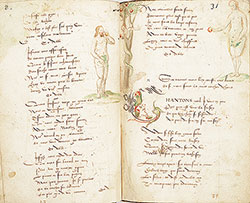 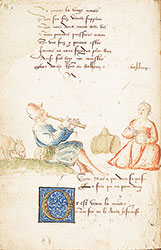 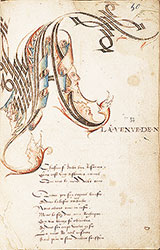 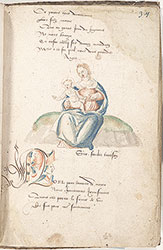