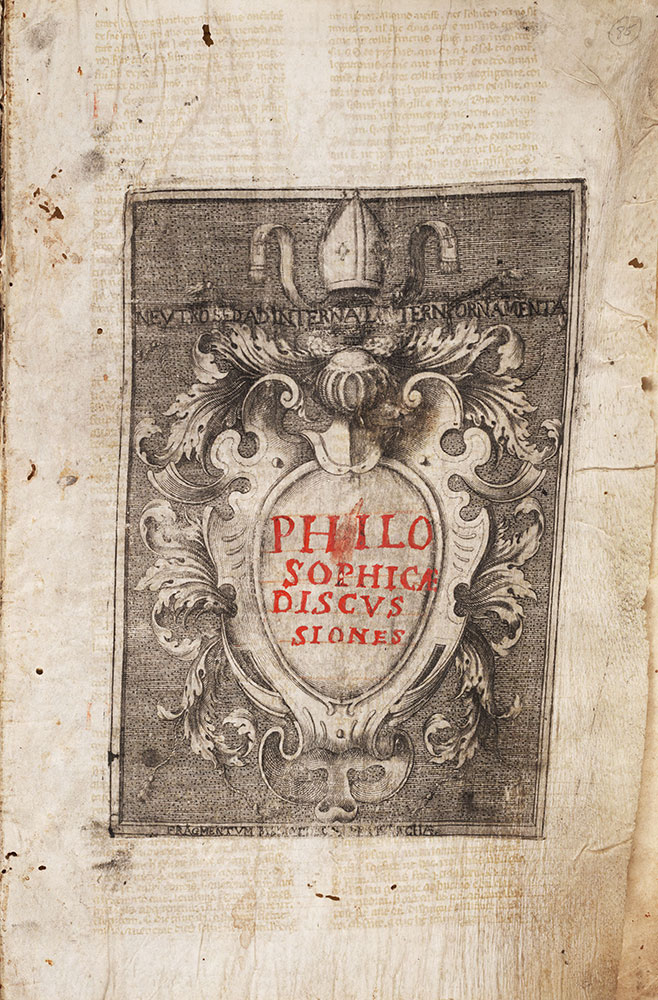 Item No: mca0536662
Additional Title: Book plate
Script: Display script
Language: Latin
Folio Number: front end leaf
Source: Rare Book Department
Notes: Engraved bookplate
Notes: The legend at the foot of the engraved image on this bookplate reads, "Fragmentum bibliothecae Petrarchae" (fragment from the library of Petrarch). Francesco Petrarch (1304-1374) was a humanist scholar who left his library to the Church of St. Marco in Venice in 1362. Unfortunately, much of the library was dispersed and lost. In 1635, this bookplate was added to books believed to be from Petrarch's library as evidence of their provenance. It is not clear how this manuscript acquired the bookplate, but it is now certain that it was not among Petrarch's book collection.

The vellum page on which the bookplate was printed is a palimpsest, a page that was written on previously and has had the original texts scraped off so that it could be used again. One can still make out the faint traces of the original text in the upper and lower border.
Sirsi Catalog Key: 1610732
Country: Country:Italy 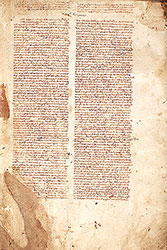 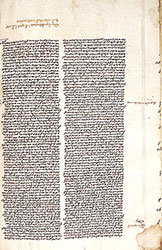 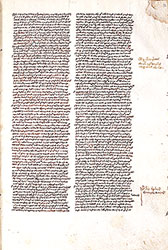 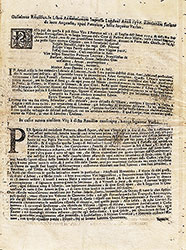 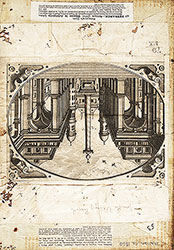 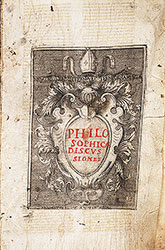