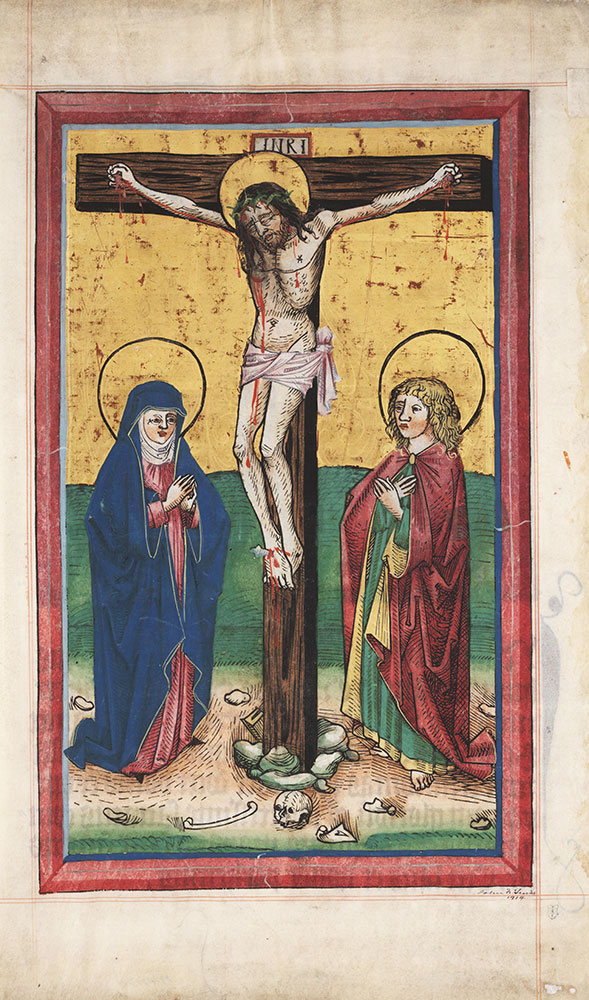 Item No: mcai440243
Additional Title: Missal
Language: Latin
Folio Number: front
Source: Rare Book Department
Notes: Crucifixion
Notes: The parent book is Missale Bambergense, 1496, by Johann Pfeyl, the second edition of the 1490 Missale Bambergense printed in that year by Johann Sensenschmidt with Heirich Petzensteiner.
Notes: This image of the Crucifixion came from a printed missal that was later illuminated. The invention of printing allowed for books to be produced in multiple copies and much more cheaply. Nevertheless, some printed books were elaborately decorated by hand. Because multiple copies of this book were produced, it is possible to determine from where in the missal this page came by comparing it to complete copies of the edition. Therefore, we know that this page came before the Canon of the Mass, which is typically were one finds an image of the Crucifixion in missals.
Sirsi Catalog Key: 1647090
Country: Country:Germany
City/Town/Township:Nuremburg 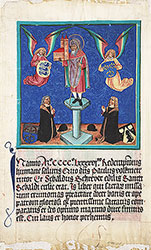