A Collection of Musick Adapted for the Harpsichord 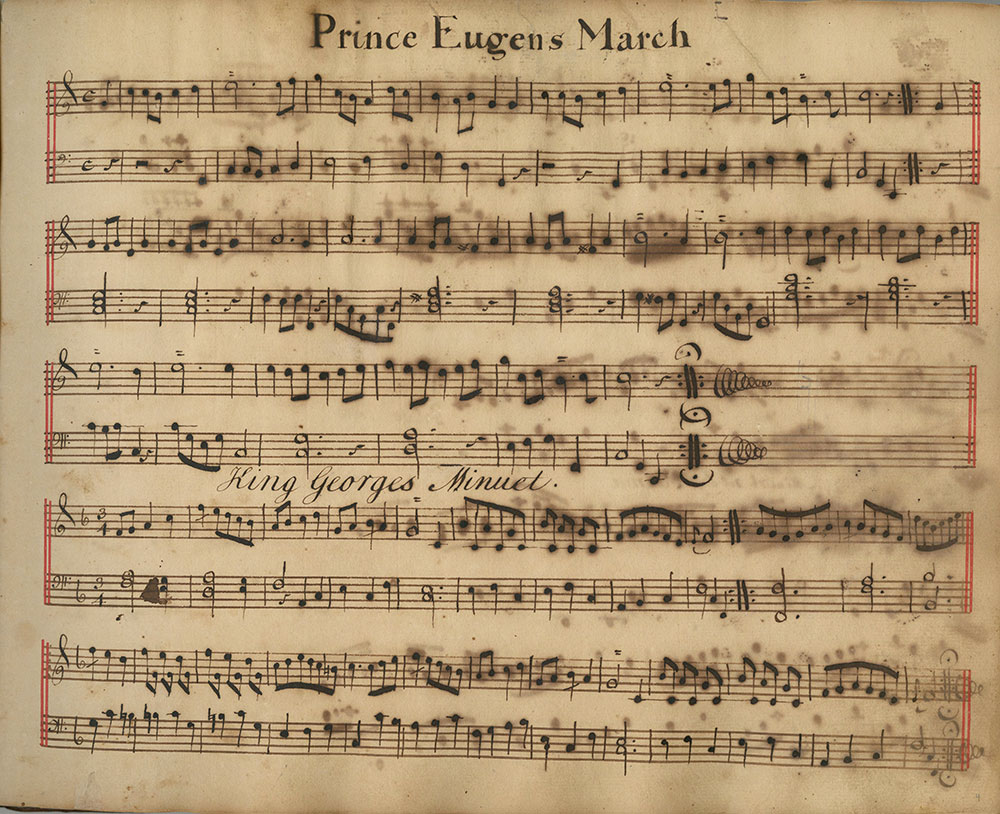 Examples of Musical Pieces in Manuscript:

Hillegas was well educated and became a merchant and sugar refiner. He also maintained an interest in the manufacture of iron and in 1792 formed the Lehigh Coal Mining Company with two partners. Rumored to be a fine flutist and violinist himself, it is said that Hillegas operated the first music store in the colonies, offering instruments, tutors, ruled paper, strings, and sheet music. This Ms seems to indicate he was acquainted with, and adept at playing keyboard instruments, the harpsichord in particular, as well as the clarinet and guitar.

His business interests generated a considerable fortune, much of which was donated or loaned in support of the Revolutionary War. In 1775 Hillegas was selected by the Continental Congress to be the first treasurer of the United States, an office he held until its official establishment by an act of Congress in 1789.


On September 29, 1804, Hillegas died at the age of seventy-five and was buried alongside many of Philadelphia's prominent citizens in Christ Church.

Henry George Farmer, A Collection of the Best and Most Favourite Tunes for the Violin…collected and transcribed by James Gillespie (Perth, 1768) [Google under Granoes Trumpet Tune/ AN OLD SCOTTISH VIOLIN TUTOR. BY HENRY GEORGE FAR] 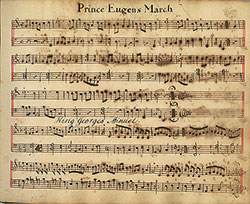 A Collection of Musick Adapted for the Harpsichord
Previous Previous