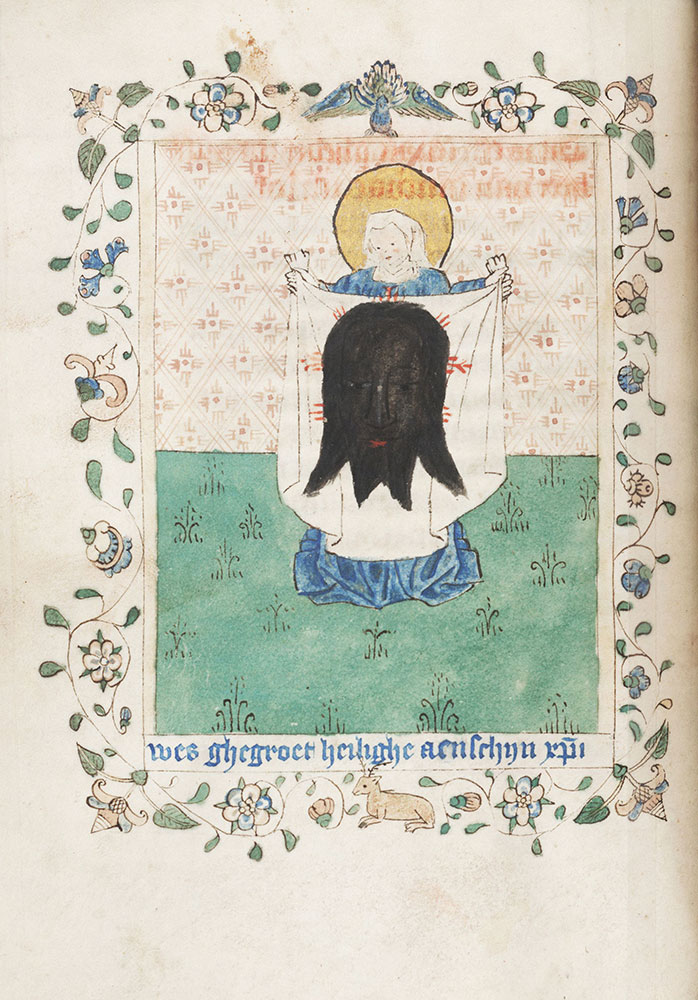 Item No: mca1311252
Additional Title: Book of Hours, use of Utrecht
Script: Gothic bookhand
Language: Dutch
Folio Number: f. 125v
Source: Rare Book Department
Notes: St. Veronica raising her veil
Notes: This miniature prefaces a prayer to Christ. According to an apocryphal legend, a pious woman identified as St. Veronica took pity on Christ carrying his Cross on the way to Golgotha and wiped the sweat from his brow with her veil. When she took back the cloth, an image of his face had been miraculously impressed upon it. By the twelfth century, pilgrims' accounts record the existence of the veil at St. Peter's in Rome. The veil became known as the "Veronica," or in medieval etymology, the "True Image" based on the belief that the name Veronica was a composite of the Latin word "vera" (true), and the Greek word "icon" (image). As such, the Veronica became one of the most popular relics in the Middle Ages, and it was believed that simply looking at the veil granted miraculous benefits to the viewer. Some images of the Veronica, such as this one, show a blackened face of Christ, which some medieval mystics including Julian of Norwich interpreted as a logical result of Christ's Passion. The inscription below the veil can be translated "Hail, Holy Face." 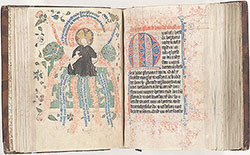 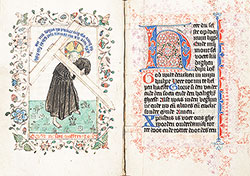 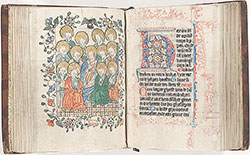 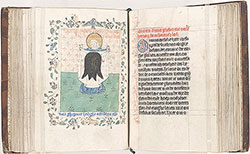 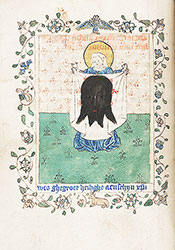 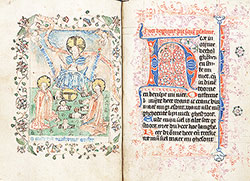 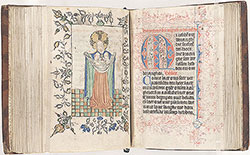 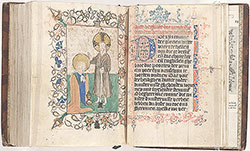 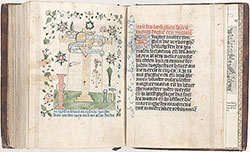 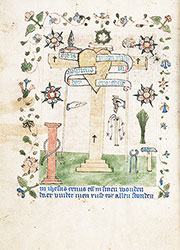 Geert Groote (translator) - Author. (1460). Book of Hours, use of Utrecht. Retrieved from https://libwww.freelibrary.org/digital/item/4218