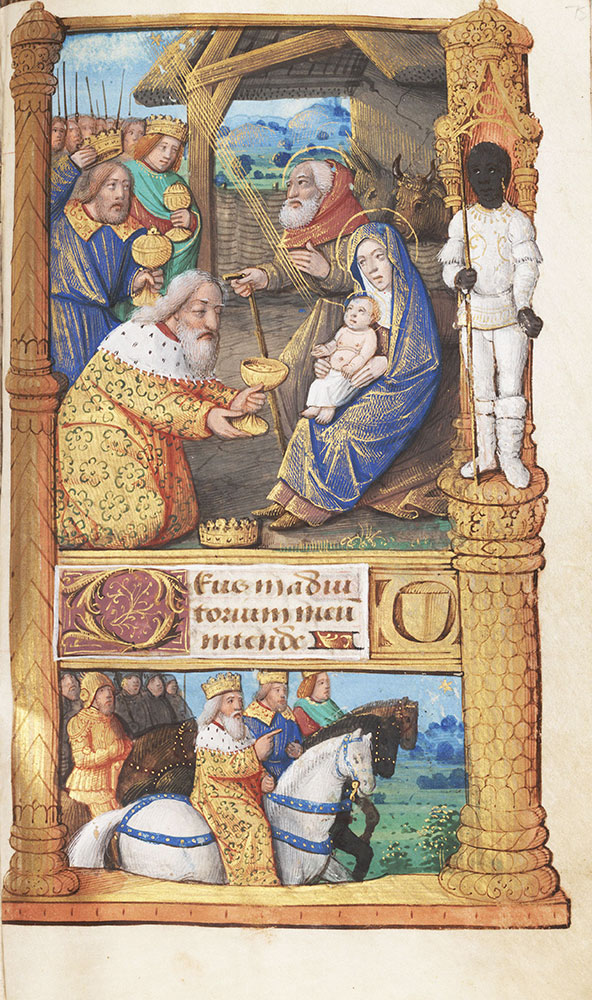 The miniatures on this folio depict two scenes from the story of Magi, the wise men from the east who come to see the Christ Child. In the lower scene, the Magi are following the star that will lead them to Bethlehem. Above, the Magi offer gifts of gold, frankincense and myrrh to the Christ Child, who rests in the Virgin Mary's lap. In the architectural frame stands an African soldier, presumably a member of the Magi's retinue. The lower compartment depicts the Magi on their horses as they follow the star. The prayer written between the two scenes, "Deus in adiutorium meum intende" (Incline unto my aid, O Lord), begins Sext of the Hours of the Virgin. 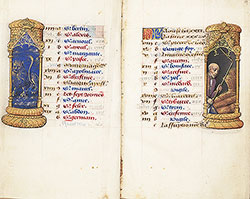 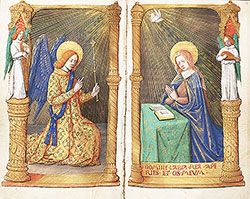 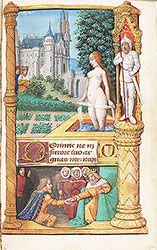 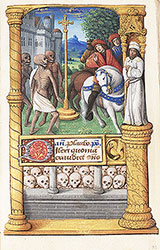 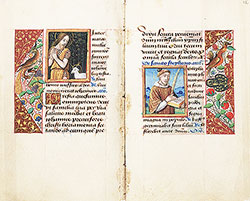 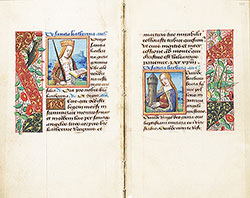 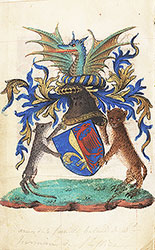 (1510). Book of Hours, use of Bourges. Retrieved from https://libwww.freelibrary.org/digital/item/4260