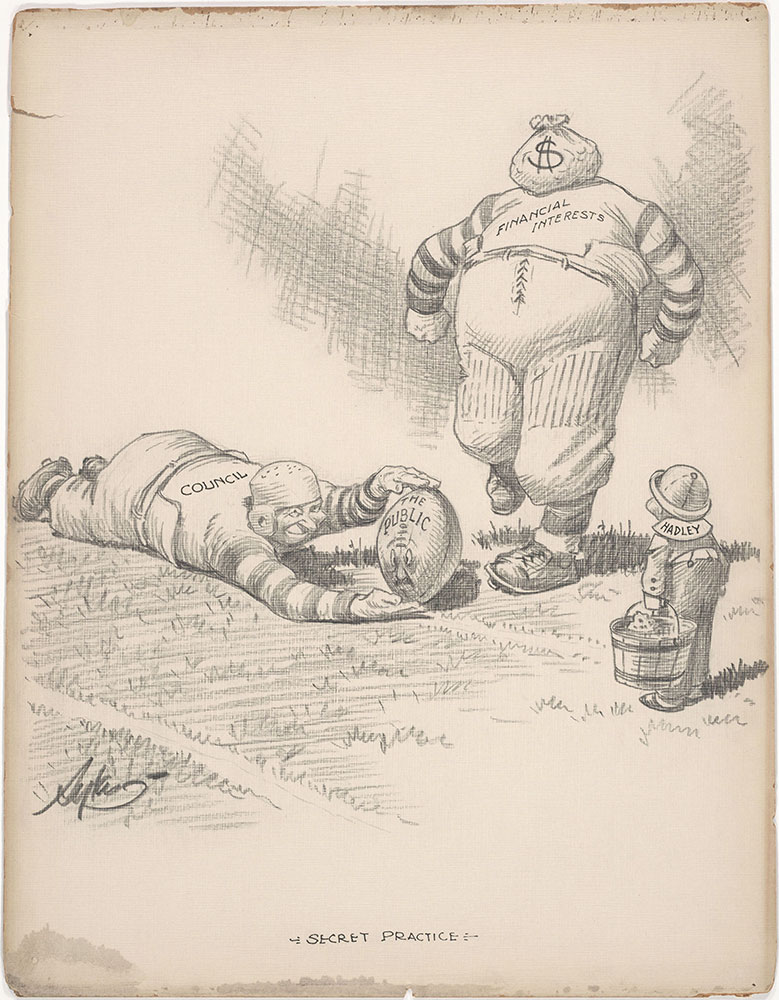 Depicting them as football players lining up for a kick, this cartoon refers to the poor treatment of everyday Philadelphians by the City Council and outside financial interests. Widespread mishandling of city funds and backroom financial dealings led to accusations of corruption in Philadelphia's municipal government. The City Controller at the time, Will B. Hadley is shown as a small boy standing idly by. As a supposedly independent and elected position, the City Controller's role was to audit the financial activities of the Mayor and City Council. Many saw Hadley as an ineffectual, if not corrupt City Controller.

The Evening Public Ledger of September 9, 1921: "Immediately following his induction into office Controller Hadley inaugurated a policy of secrecy and obstruction with regard to the affairs of his office. He surrendered his official independence and prerogatives to the blandishments of the old Combine. He joined hands with the enemies of Mayor Moore." [1]