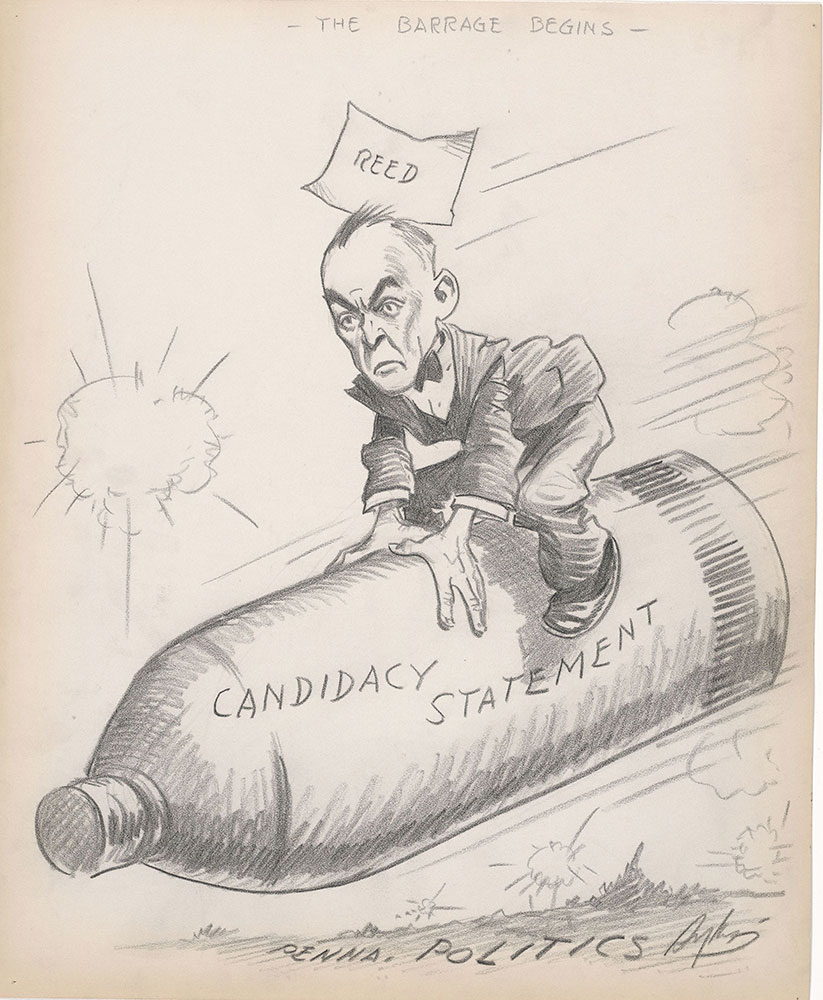 This illustration shows the Pennsylvanian Republican Senator David Aiken Reed (1880-1953) riding a "candidacy statement" projectile over a field labeled Pennsylvania politics. Reed was appointed to the United States Senate in August of 1922 to fill a vacancy. On November 7, 1922 he was elected to the position and an additional six-year term.

"Major David A. Reed, who announced his candidacy for the senatorship, is openly regarded here as the Grundy choice. He has the backing of the Olivers, the Mellons, the United States Steel Company, Bell Telephone interests, Baldwin Locomotive Works and every big banking, manufacturing, transportation and financial interest in Western Pennsylvania and some in the East."