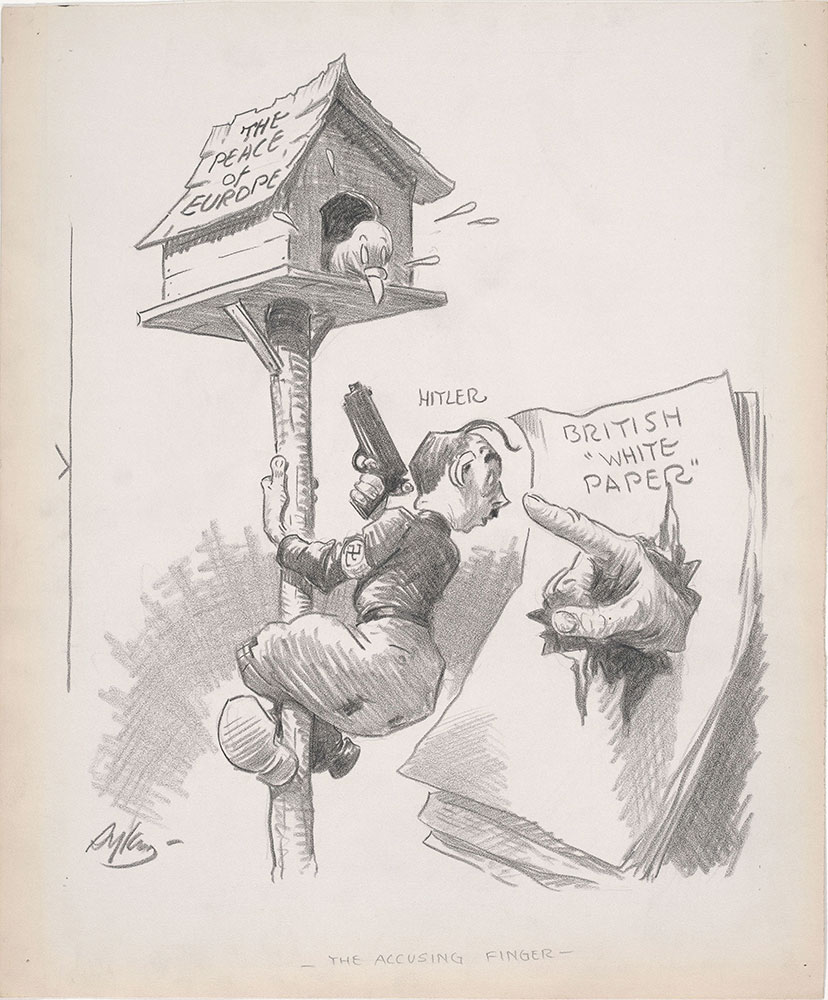 "The Peace of Europe"

Referencing the British White Paper after the remilitarization of Rhineland, March 7, 1936.  They proposed mutual assistance between Britian, France, Belgium and Italy, specifically, if they were victims of unprovoked aggression. A few other conditions for settling with Germany were:

I. During the period of negotiation British and Italian troops occupy a zone in Germany 12½ miles wide bordering the French Frontier.

II. No further German forces enter the Rhineland and no fortifications are erected there.