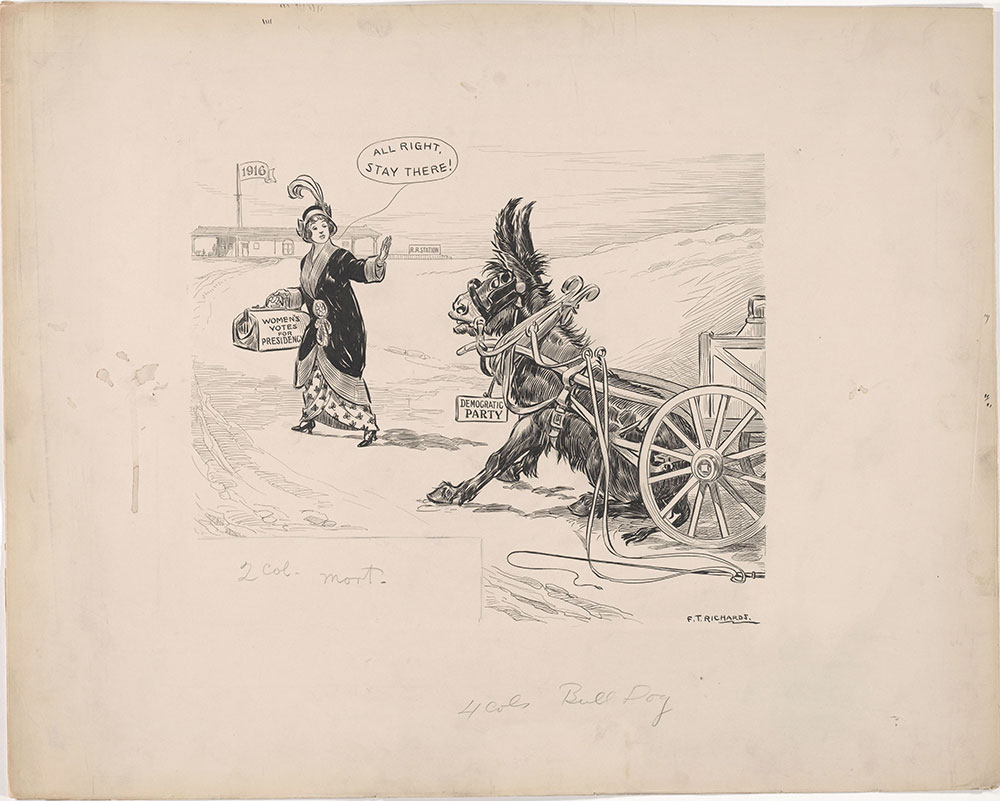 As early as 1848, attempts were made to give women the right to vote. Originally, it was a question of interpreting the 14th amendment but that proved unsuccessful. When the 15th amendment  was reconstructed to extended the right to vote to ex-slaves,  the women’s suffrage movement plead that women should be included as well under the premise of “universal suffrage”, that was  also denied. With the court case of Susan B. Anthony, who was criminally prosecuted for illegally voting in the 1872 election, the movement realized they would have no support in the courts system.  So they looked to Congress, it was there that the seed of a 19th amendment was planted, when in 1878 a constitutional amendment was proposed to provide “‘The right of citizens to vote shall not be abridged by the United States or any State on account of sex.’ This same amendment would be introduced in every session of Congress for the next 41 years.”