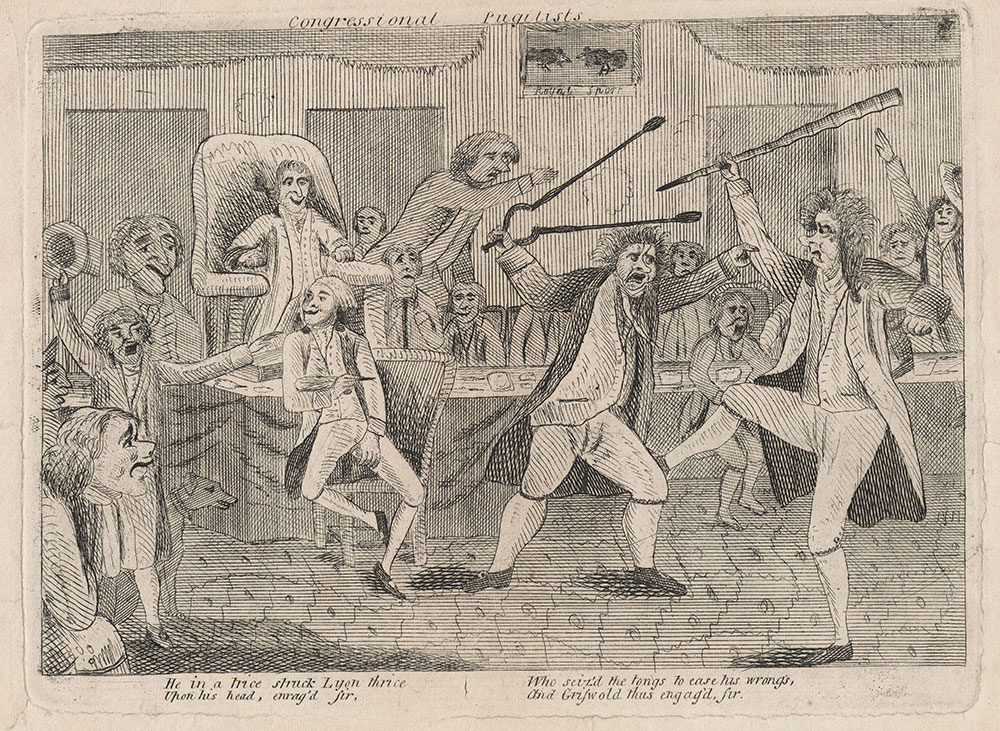 Rep. Roger Griszold of Connecticut, a Federalist, attacked a politcal opponent, Rep. Matthew Lyon, a Republican of Vermont, with a walking stick. Lyon to defend himself, seized the fire tongs. The two felt that personal honor was at issue. (A pugilist is a first-fighter, a boxer).

"The row was originally prompted by an insulting reference to Lyon on Griswold's part. The interior of Congress Hall is shown, with the Speaker Jonathan Dayton and Clerk Jonathan W. Condy (both seated), Chaplain Ashbel Green (in profile on the left), and several others looking on, as Griswold, armed with a cane, kicks Lyon, who grasps the former's arm and raises a pair of fireplace tongs to strike him."[1]

Transcription:
He in a trice struck Lyon thrice | Upon his head, enrag'd sir, | Who seiz'd the tongs to ease his wrongs, | And Griswold thus engag'd, sir.