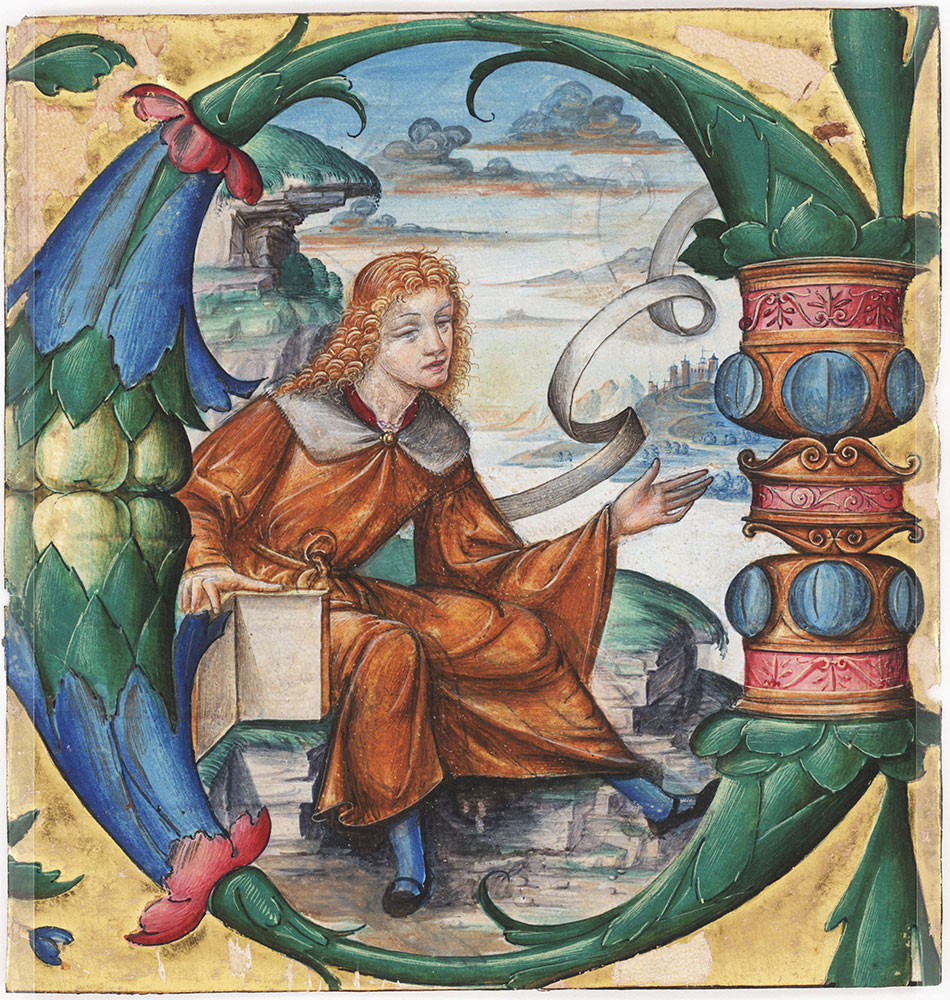 Item No: mcai720113
Additional Title: Gradual
Language: Latin
Folio Number: 11a front
Source: Rare Book Department
Notes: Initial C with St. John the Baptist
Notes: Lewis E M 72:11b contains the initials ?B.F.," inscribed on the book held by Isaiah.
Notes: The precise moment in the liturgy that this initial begins remains to be determined. The cutting and its sister cutting Lewis E M 72:11b, however, are known to have come from the choir books of the Olivetan monastery of Santi Angelo e Nicolò in Villanova Sillaro near Lodi. These two cuttings and one other in the Free Library's collections (Lewis E M 28:19) were illuminated by the so-called Master B. F., after the initials inscribed in another cutting by the same artist now in the Museo Diocesano in Lodi, Italy. Some scholars have argued that the initials stand for Francesco Binasco (also known as Francesco da Lonate), an illuminator who worked at the court of the Sforza, the ruling family of Milan in the fifteenth and sixteenth centuries.
Sirsi Catalog Key: 1627405
Country: Country:Italy
City/Town/Township:Milan 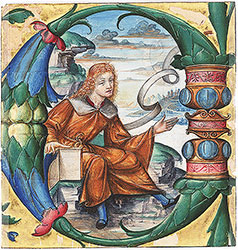 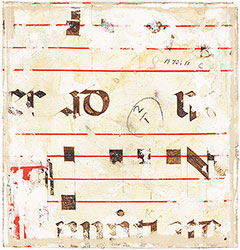