I hear you calling me! 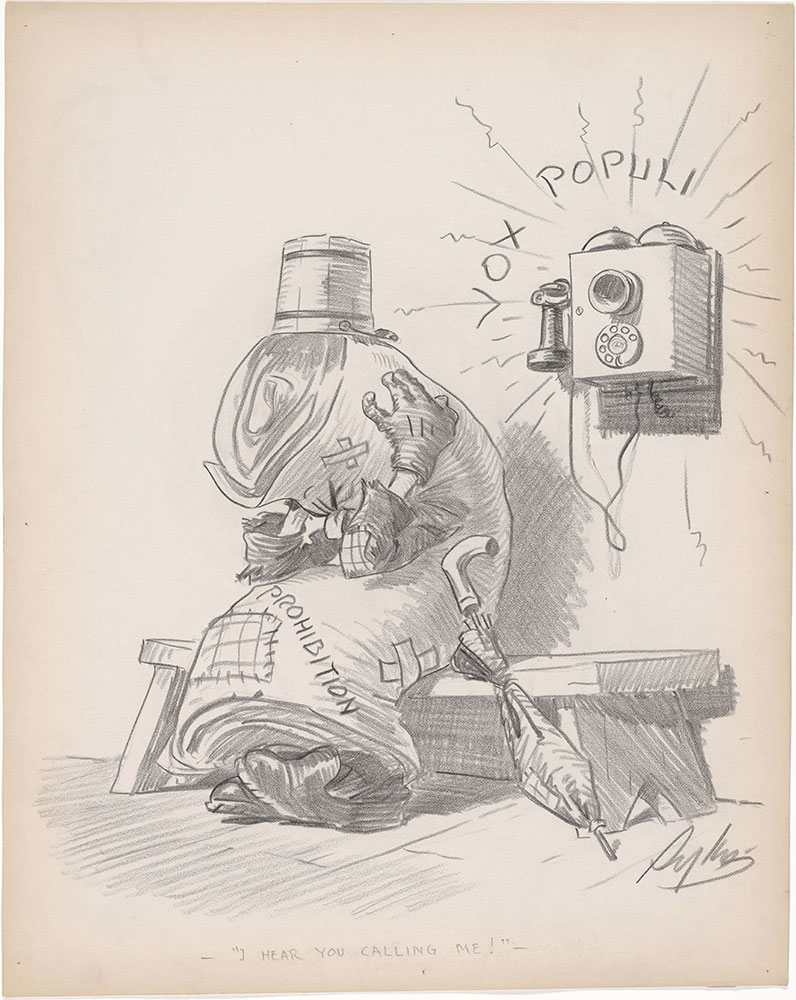 The 18th amendment to the United States Constitution, 1920-1933, prohibited the manufacture, sale, transport, import, or export of alcoholic beverages. It put legal brewers out of business. At first there was public support but within a short time normally law-abiding citizens were being arrested for frequenting bathtub ginworks and basement stills, and speakeasies. This was the unintended consequence: bootlegging, gambling, prostitution, rackets, gangsters, and organized crime.

By 1932, there were groups demanding the end to Prohibition; Americans Against the Prohibition Amendment and the Women's Organization for National Prohibition Reform. It was an election year; the public outcry for repeal was heard.