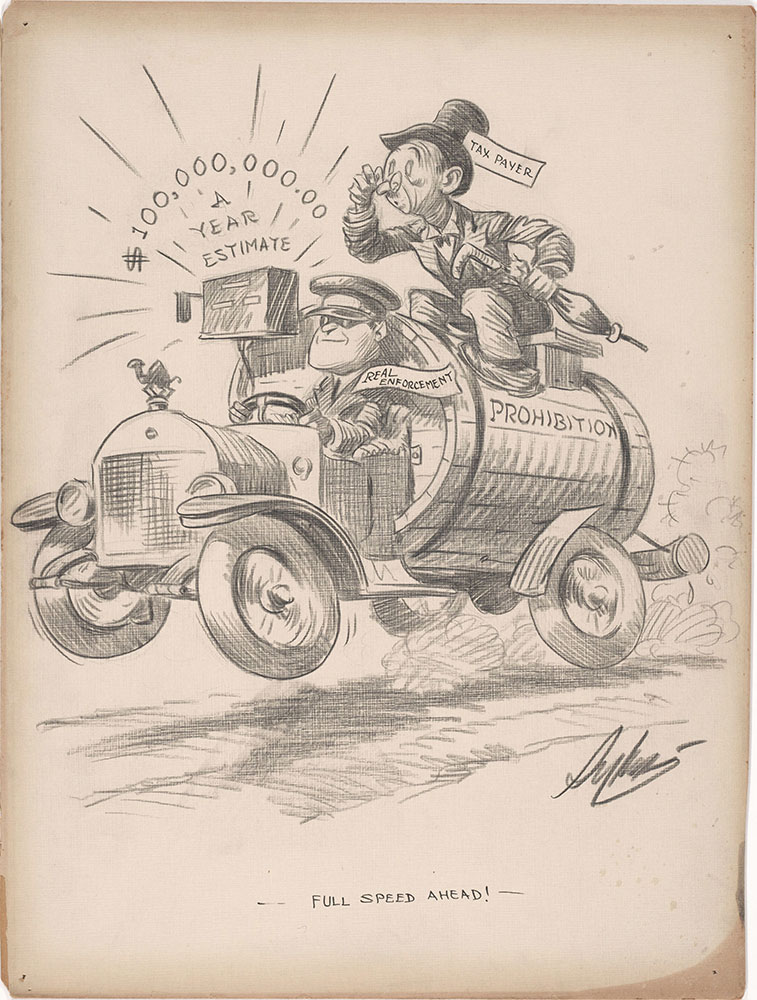 Ratified on January 16, 1919, the 18th Amendment to the U.S. Constitution made it illegal to produce, import or consume alcoholic beverages within the United States. This was considered a great success for the temperance movement and did indeed lower America's alcohol consumption. Despite the amendment, the demand for these beverages remained and found an outlet through widespread illegal efforts at producing and distributing alcohol. It soon became apparent that because of the general disobedience towards Prohibition it would require a massive amount of money and resources to truly enforce the law. This cartoon compares the enforcement of Prohibition to a very expensive cab fare. In this case an estimated $100,000,000 yearly cost to the taxpayer is shown on the meter. Ratified in 1933, the 21st Amendment repealed the 18th Amendment and ended Prohibition.