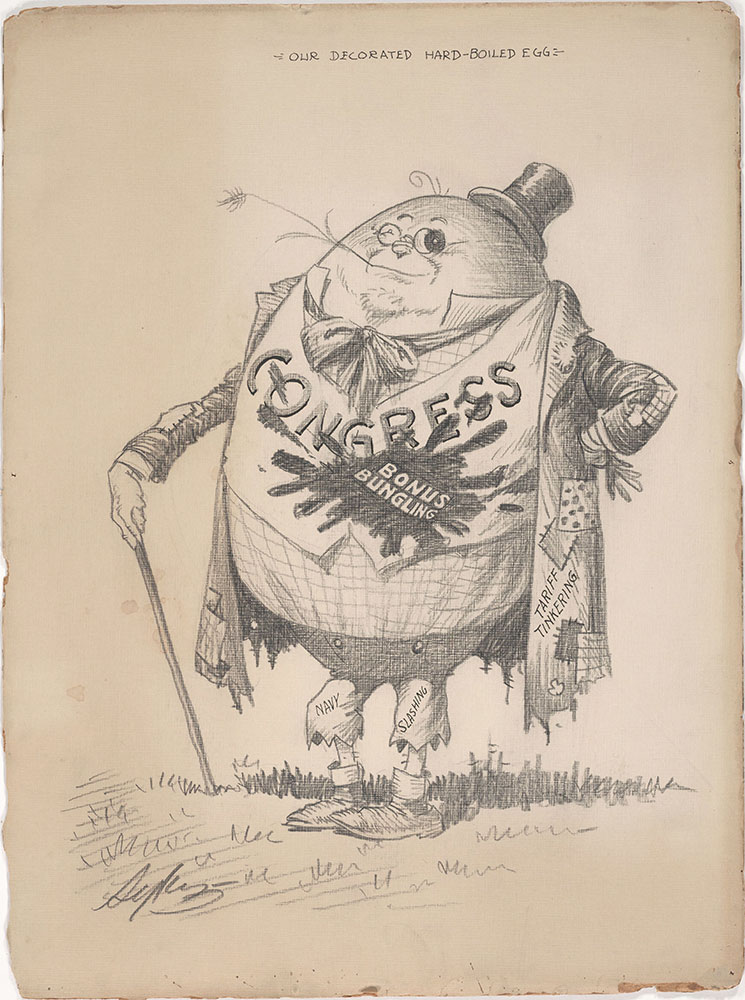 Printed the day before Easter in 1922, this cartoon depicts the U.S. Congress as a decorated egg displaying some of its more questionable recent accomplishments.

Naval disarmament was an international concern in the years following World War One. The mention of "navy slashing" in the cartoon may be referencing the Washington Naval Conference of 1921-1922 that gathered nine of the world's greatest powers together to seek a reduction in naval forces. Out of this conference three treaties were eventually agreed upon to reduce the naval capacity of the nations involved. [1]

Following the war there was also a concern over the continued economic prosperity of the United States. Europe's agricultural production and economic activity rebounded and the need for American exports was greatly reduced. As imports to the U.S. increased, Congress engaged in "tariff tinkering" by passing the Fordney-McCumber Tariff Act of 1922. The act raised tariffs on European imports and was intended to favor American industry.[2]

The cartoon also calls attention to the efforts of Congress to draft legislation providing additional compensation to World War One veterans. While Congress managed to pass a so-called "bonus" bill in 1922, it was deemed fiscally irresponsible by President Harding and vetoed. Additional veteran benefits would eventually be provided through the World War Adjusted Compensation Act passed in 1924.[3]