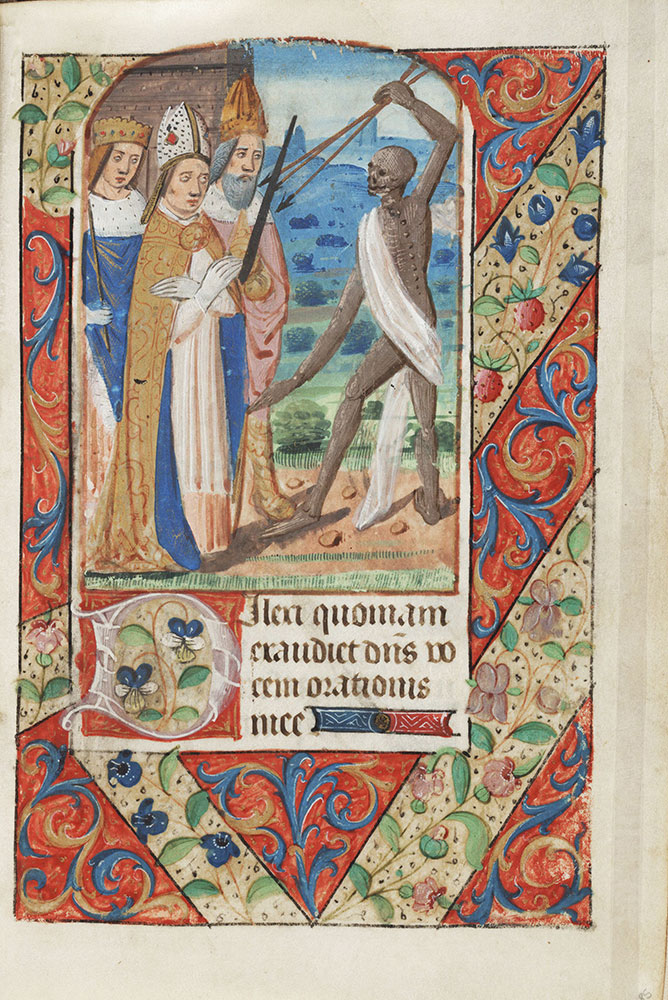 Item No: mca0980851
Additional Title: Book of Hours, use of Paris
Script: Gothic bookhand
Language: Latin and French
Folio Number: 85r
Source: Rare Book Department
Notes: Beginning of the Office of the Dead
Notes: This miniature begins the Office of the Dead, which was included in every book of hours. These prayers were recited in order to lessen the time that deceased friends and relatives had to spend in Purgatory. Reciting the Office would also remind the reader of his or her own inevitable death. The miniature here offers an appropriate subject, as it shows death in the form of a skeleton, who encounters an emperor, a bishop, and a king. The moral of the image is that all people eventually come to the same end, whatever their station had been in life.
Sirsi Catalog Key: 1597386
Country: Country:France
City/Town/Township:Paris 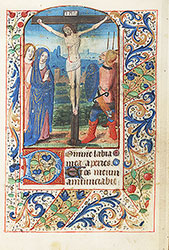 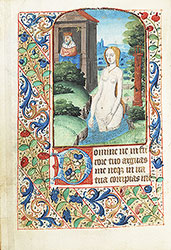 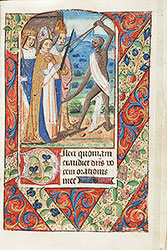 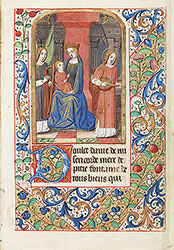 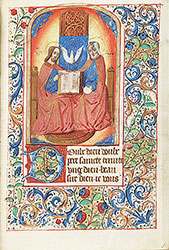 (1499). Book of Hours, use of Paris. Retrieved from https://libwww.freelibrary.org/digital/item/4574