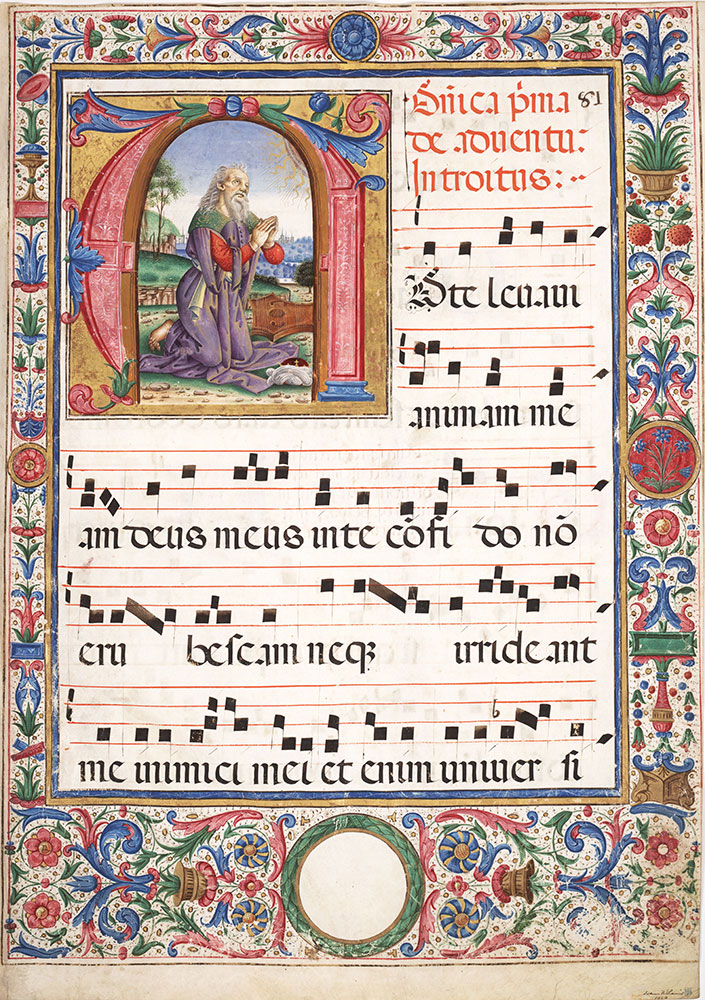 This initial A, showing King David in prayer, begins the opening psalm sung in the Christian Church on the first Sunday in Advent, beginning the Western Christian liturgical year. A small blue plaque on the left border includes the initials "P.V.," identified as the Umbrian artist Pietro Vanucci, although the illumination was probably executed by an assistant working under his direction.


Notes: Initial A with David in Prayer
Notes: This cutting can be dated to ca. 1513-1523.
Notes: This initial begins the Introit for the first Sunday in Advent, "Ad te levavi animam meam ... (I lift my soul to you). A small blue plaque in the left border contains the initials "P.V.," which have been identified as the initials of the Umbrian artist Pietro Vanucci, more famously known as Perugino (1445/50-1523). Scholars agree that the illumination was probably not executed by the great Renaissance master himself, but rather by an assistant working under his direction.
Sirsi Catalog Key: 1633425
Country: Country:Italy
City/Town/Township:Perugia or Rome 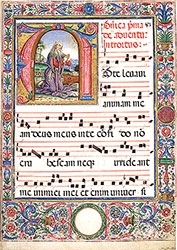 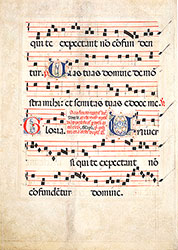