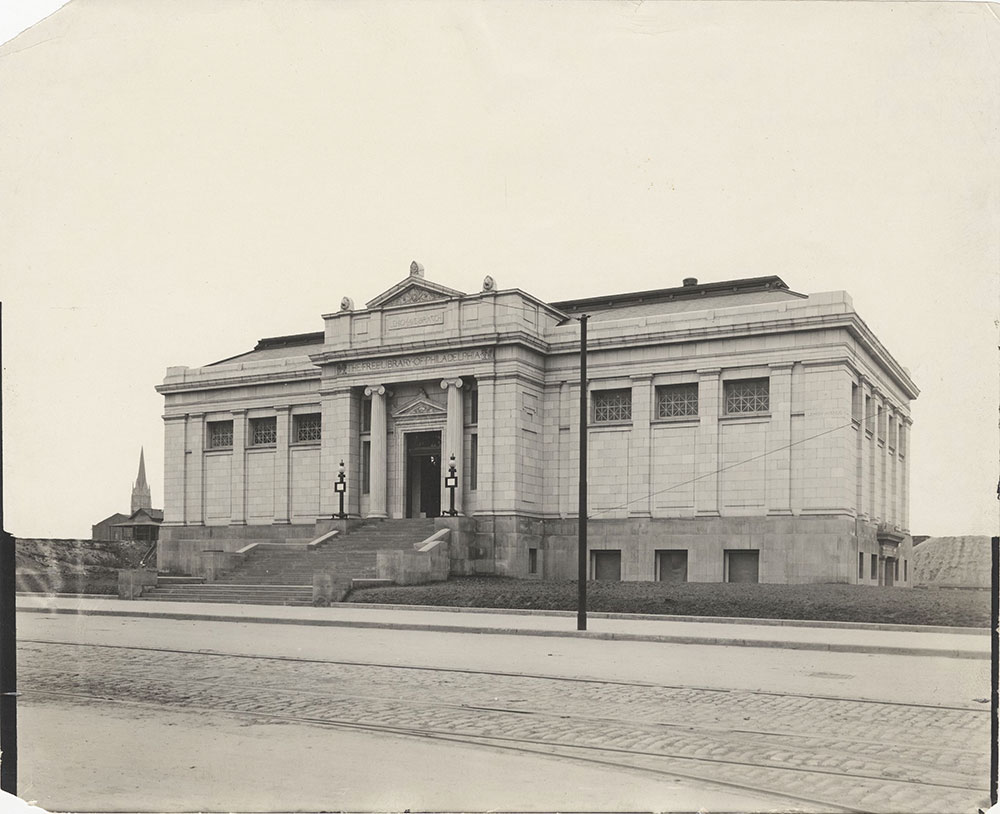 The Lehigh Avenue Branch was the third Free Library branch that was built with funds from Andrew Carnegie.  Built on land donated by the city, it opened on November 20, 1906. This exterior view was taken around the time of its opening. The building was designed by architects G. W. and W. D. Hewitt, and was completed at a cost of $111,290.  It is a one-story structure, with a raised basement.  At the time, this white limestone and terra cotta Beaux Arts-style building was the largest library in Pennsylvania.