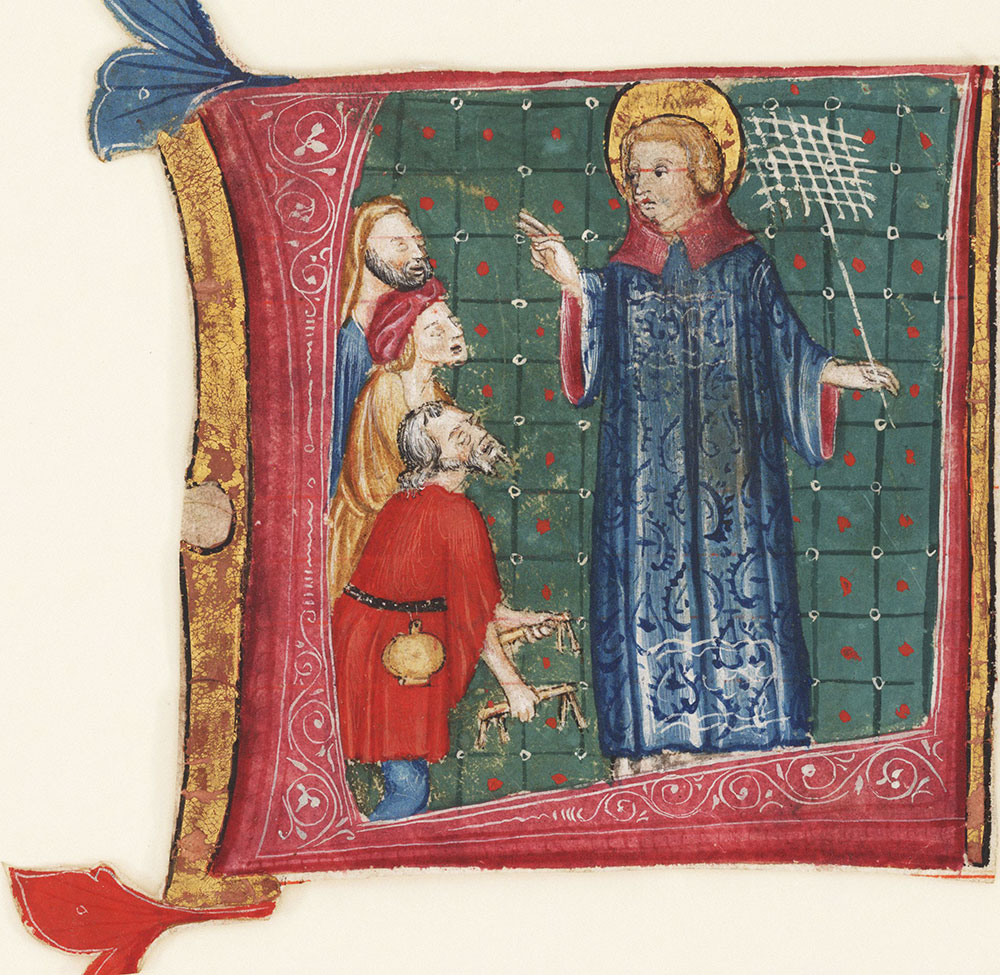 Item No: mcai280141
Additional Title: Antiphonary
Script: Rotunda
Language: Latin
Folio Number: front
Source: Rare Book Department
Notes: Initial L with St. Laurence of Rome
Notes: This initial begins the first response for the first nocturn of Matins of the feast of St. Laurence (Aug. 10), "Levita Laurentius bonum opus operatus est ..." (The Deacon Lawrence performed a pious act). The iconography of the initial makes reference to the events surrounding the martyrdom of the saint. According to his legend, Pope Sixtus II entrusted Laurence with the material wealth of the Church when it was still outlawed. Shortly thereafter, Sixtus was executed, and Laurence distributed the wealth among the poor. When the Emperor Valerian commanded Laurence to appear for his execution, the saint was told to bring along the treasure with which the pope had entrusted him. When he arrived, a multitude of Rome's crippled, blind, sick, and indigent came with him. St. Laurence announced that these were the true treasures of the Church. Laurence was executed by being grilled over hot coals; the gridiron is his attribute.
Sirsi Catalog Key: 1596262
Country: Country:Italy
Region/County:Lombardy 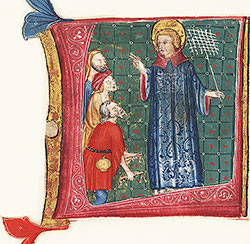 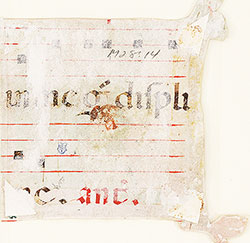