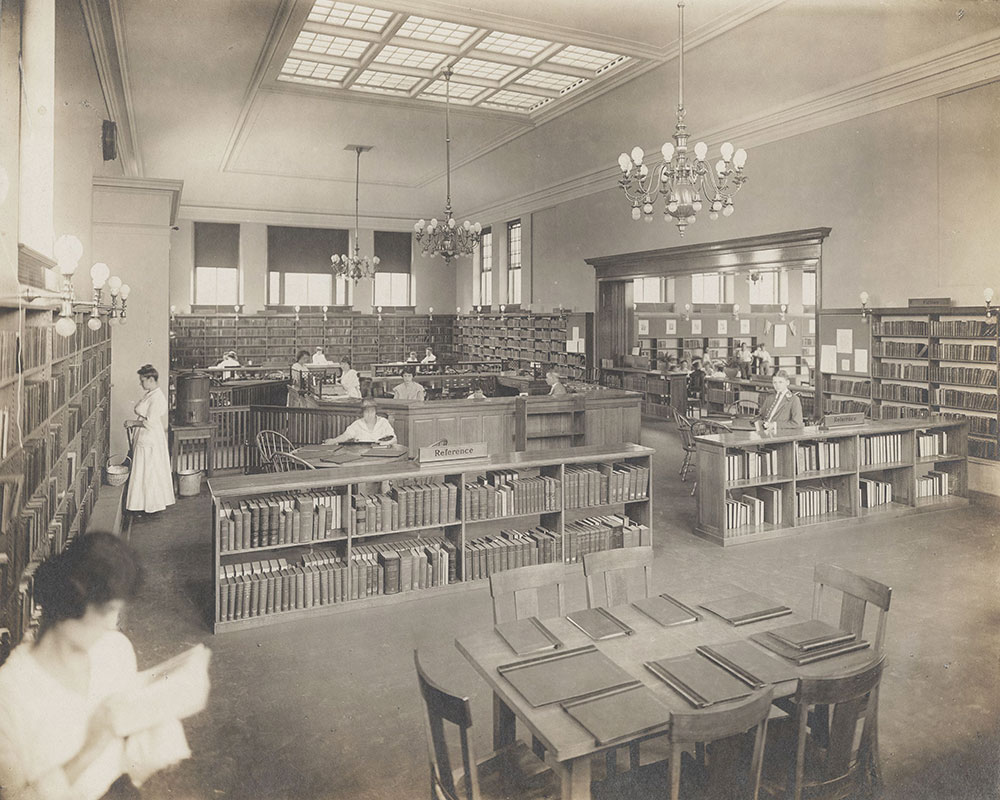 The Nicetown Branch opened in 1897, in the converted Pfund's Hall at 4015 Germantown Avenue. In 1917, the branch was relocated to a new building at 1715 Hunting Park Avenue, becoming the 20th Free Library branch funded by Andrew Carnegie. The first floor consisted of a large main room (seen in this ca. 1917 image) and a children’s room, which doubled as a lecture room that could seat 300 people.  The basement had a small office, staff room, classroom, magazine room, kitchen, two toilets, chair storage, boiler room, and coal bin.

The branch relocated again in 1958, to a converted Linton's Restaurant, when it was renamed the Nicetown-Tioga Branch (and subsequently remodeled in 1961).