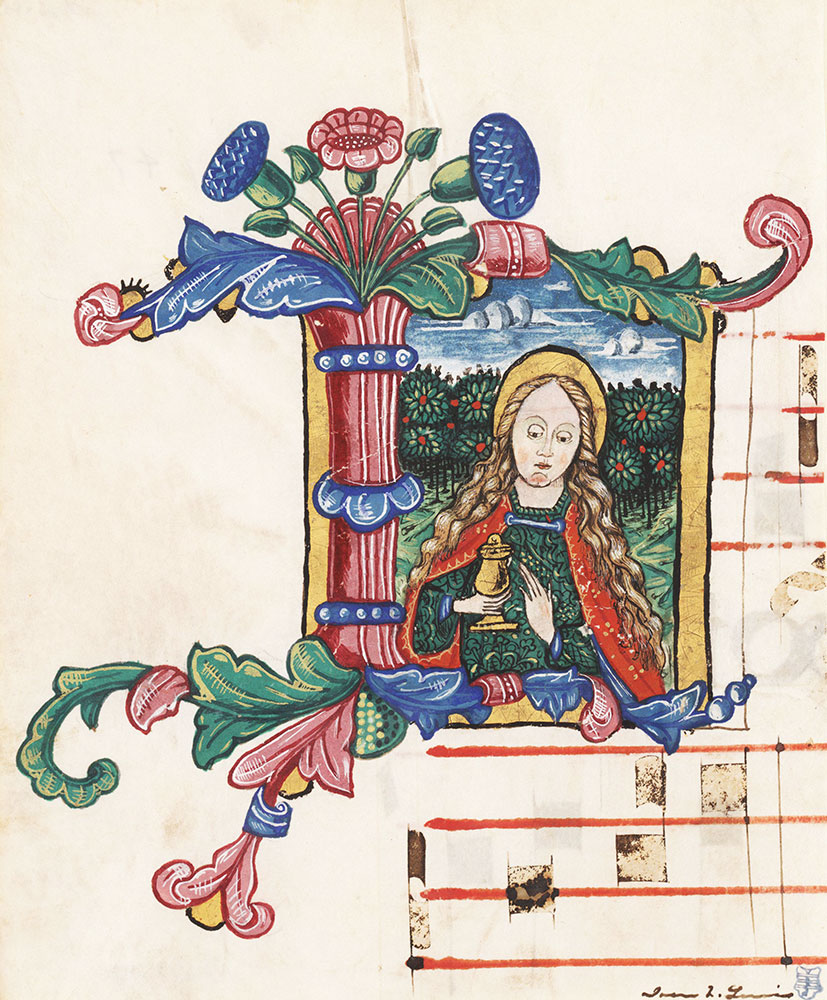 Item No: mcai310241
Additional Title: Antiphonary
Language: Latin
Folio Number: front 31:24
Source: Rare Book Department
Notes: Initial I with Mary Magdalene
Notes: This initial may begin the first antiphon of Lauds for the feast of Mary Magadalene (July 22), "Laudibus excelsis omnis mundus exsultet in solemnitate sancte Marie Magdalene ..." (Let the world exalt with all the highest praises in the solemnity of Mary Magdalene). Mary Magdalene is identified here by the alabaster jar from which she took the ointment to anoint Christ's body.

The style of the initial is reminiscent of Italian initial decoration, especially in the northern regions. Certain elements in the execution of the initial suggest, however, that the artist was not Italian but perhaps Spanish or Portuguese. Artists and scribes in the Iberian Peninsula were heavily influenced by the luxury choir books that came out of Italy in the late Middle Ages and Renaissance. This influence can be seen in the Italianate forms common in Iberian illumination.
Sirsi Catalog Key: 1600758
Country: Country:Spain ? 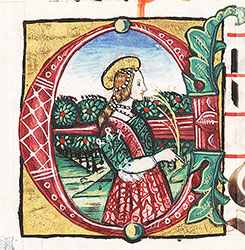 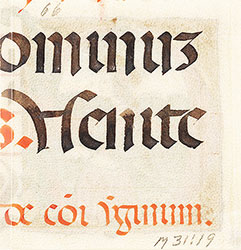 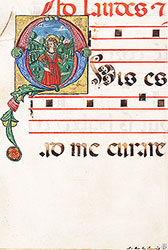 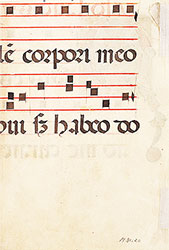 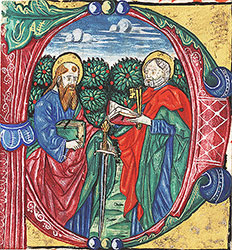 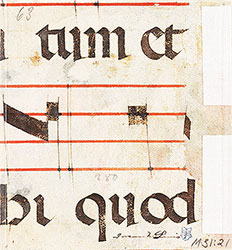 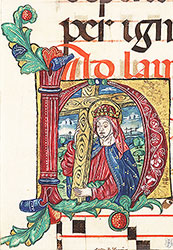 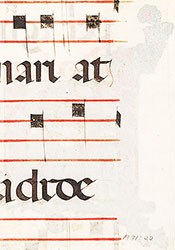 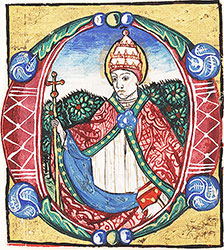 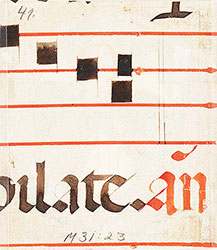 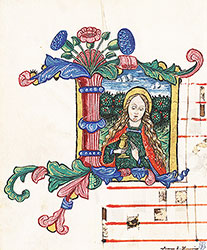 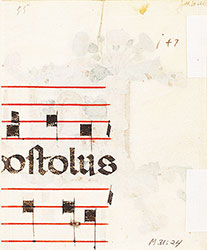 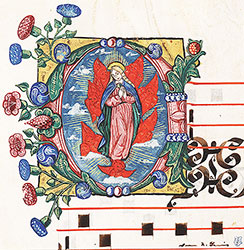 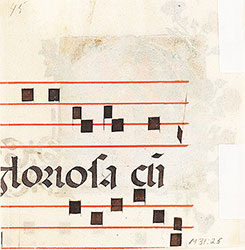 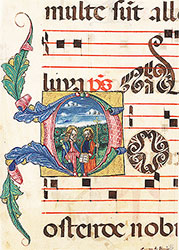 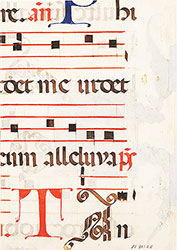 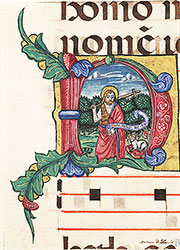 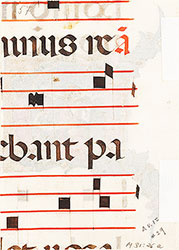