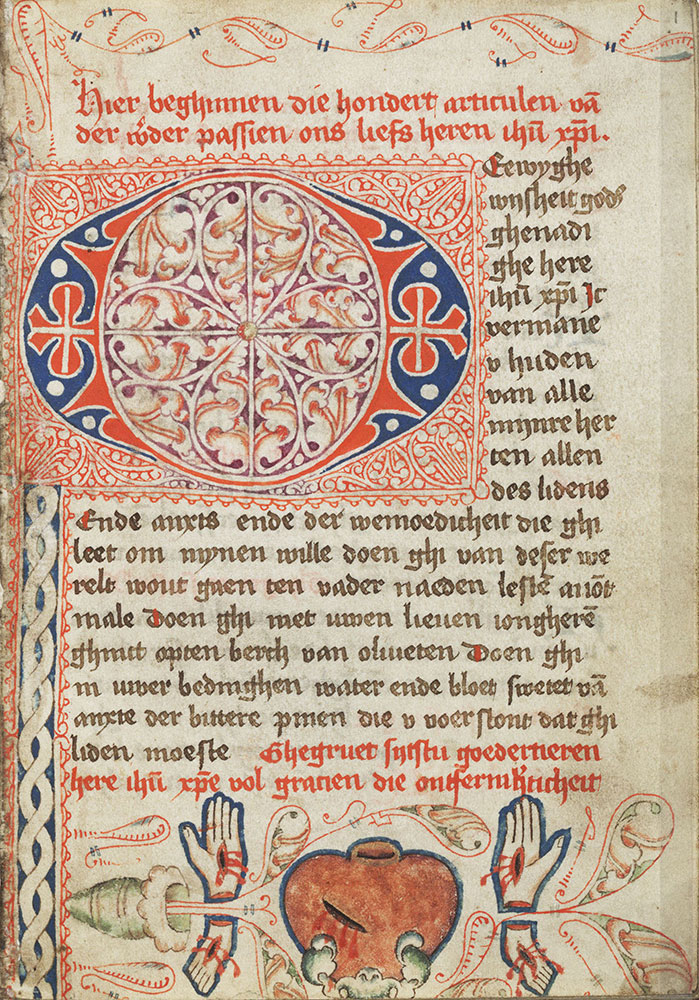 Item No: mca1740011
Additional Title: Prayer book
Script: Hybrida
Language: Dutch
Folio Number: f. 1r
Source: Rare Book Department
Notes: In initial C beginning a meditation on the Lord's passion
Notes: This page begins a Dutch translation of the One Hundred Articles on the Lord's Passion, written by the German mystic Henry Suso (ca. 1300-1366), whose devotional literature was especially popular among nuns. The artwork in the lower border, which is appropriate to the theme of the prayer inscribed here as it shows the five wounds that Christ received during the Crucifixion, also has much in common with a style referred to as Nonnenarbeiten, the German word for "nuns' work".
Sirsi Catalog Key: 1609076
Country: Country:Netherlands
Cardinal Point:southern 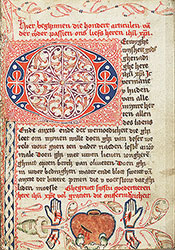 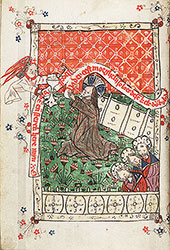 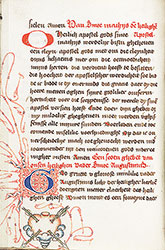 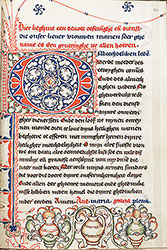 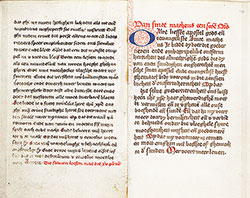