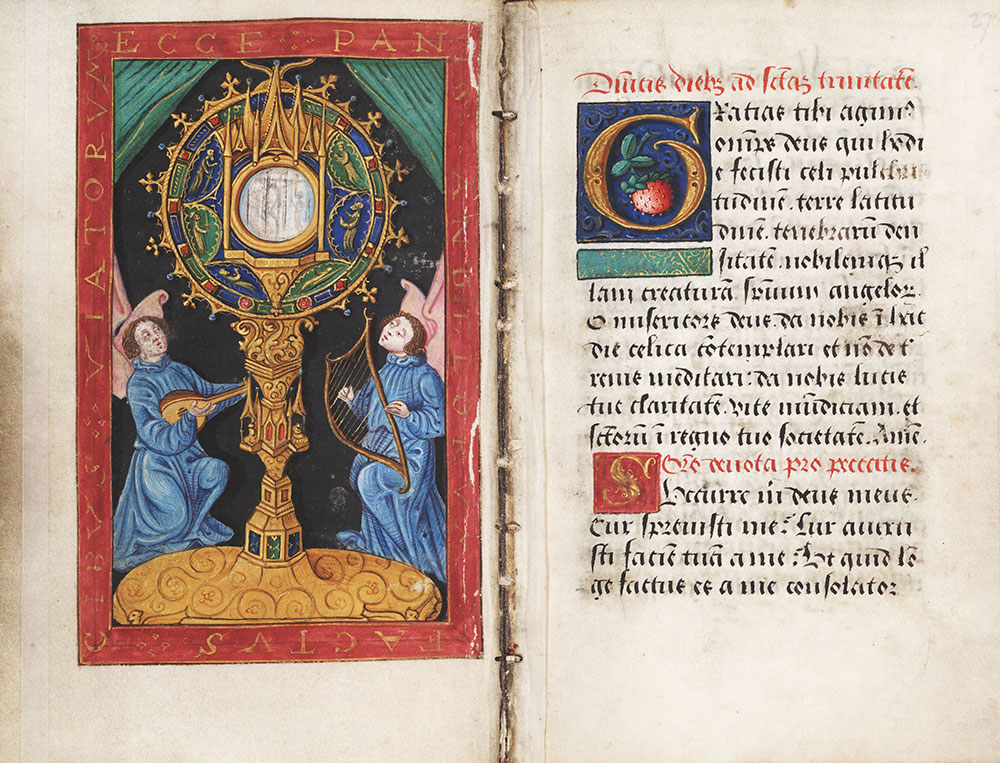 Item No: mca1760260
Title: Prayer book
Additional Title: Prayer book
Script: Bastarda
Language: Latin
Folio Number: ff. 26v-27r
Source: Rare Book Department
Notes: Opening with two angels holding a monstrance
Notes: This miniature originally prefaced the beginning of a series of prayers to be said before Mass. The two angels look on in adoration at the sacramental Host contained within a magnificent reliquary. The Latin inscription in the frame "Ecce panis angelorum factus cibus viatorum" (Behold the bread of angels, made the food of pilgrims) are the beginning words of a hymn sung for the feast of Corpus Christi. They are here used in general celebration of the Host. The first folio containing the prayers said before Mass has been removed. The text begins instead with a prayer to the Holy Trinity.

This manuscript was produced by the same scriptorium that produced a book of hours, also in the Free Library (Lewis E 109), that bears a colophon stating that it was written at the abbey in 1537. An inscription on f. 146v dates this prayer book to September 22, 1538.
Sirsi Catalog Key: 1471765
Country: Country:France
City/Town/Township:St. Amand 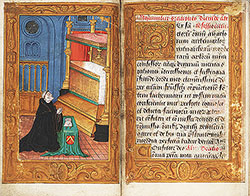 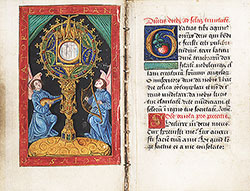 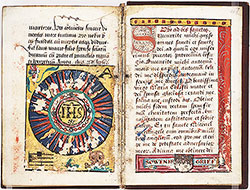