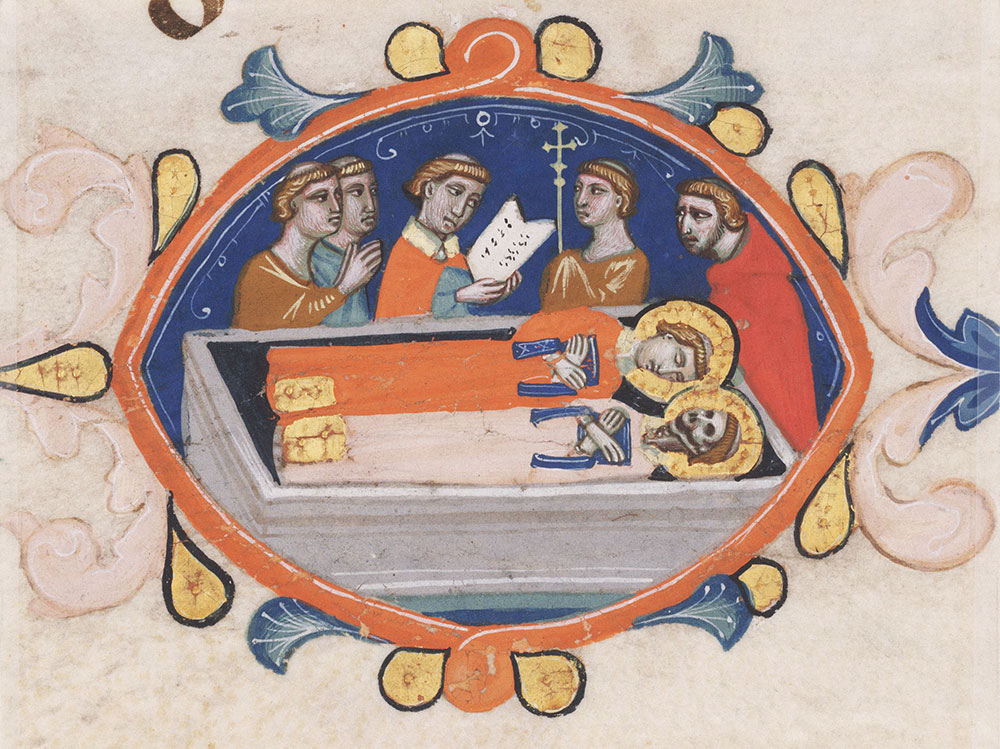 Item No: mcai250073
Additional Title: Laudario (Hymnal)
Language: Latin
Folio Number: front
Source: Rare Book Department
Notes: Reburial of the relics of St. Stephen Protomartyr in the grave of St. Lawrence of Rome
Notes: The leaf has been dated to ca. 1340.
Notes: This cutting, which would have been part of the border decoration of a large folio, commemorates the reburial of the relics of St. Stephen, the first Christian martyr, in the grave of St. Laurence, the third-century deacon and celebrated victim of the persecutions of the Roman emperor Valerian. St. Stephen's relics were brought from Constantinople to Rome by Pope Pelagius II (578-590) during the construction of the church of San Lorenzo fuori le Mura (St. Laurence outside the Walls) , which still stands today in Rome. On his orders, the relics of the first Christian martyr were interred with the remains of St. Lawrence, whose grave is enshrined within the church.

This cutting and Lewis E M 25:8 are from a codex known as the Laudario of the Compagnia di Sant'Agnese. The codex survives only in fragments now dispersed among European and American libraries and museums. A laudario contains hymns in the vernacular language to be sung by members of a lay religious community, in this case the community known as the Compagnia di Sant'Agnese of Santa Maria del Carmine in Florence. The original codex was illuminated by two Florentine artists: Pacino di Bonaguida, the artist of the Free Library's cuttings, and the Master of the Dominican Effigies, an anonymous artist and contemporary of Pacino.
Sirsi Catalog Key: 1594365
Country: Country:Italy
City/Town/Township:Florence 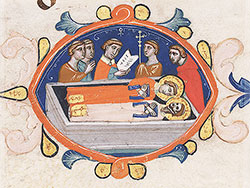 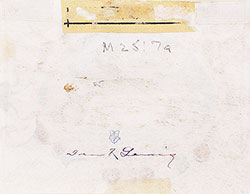