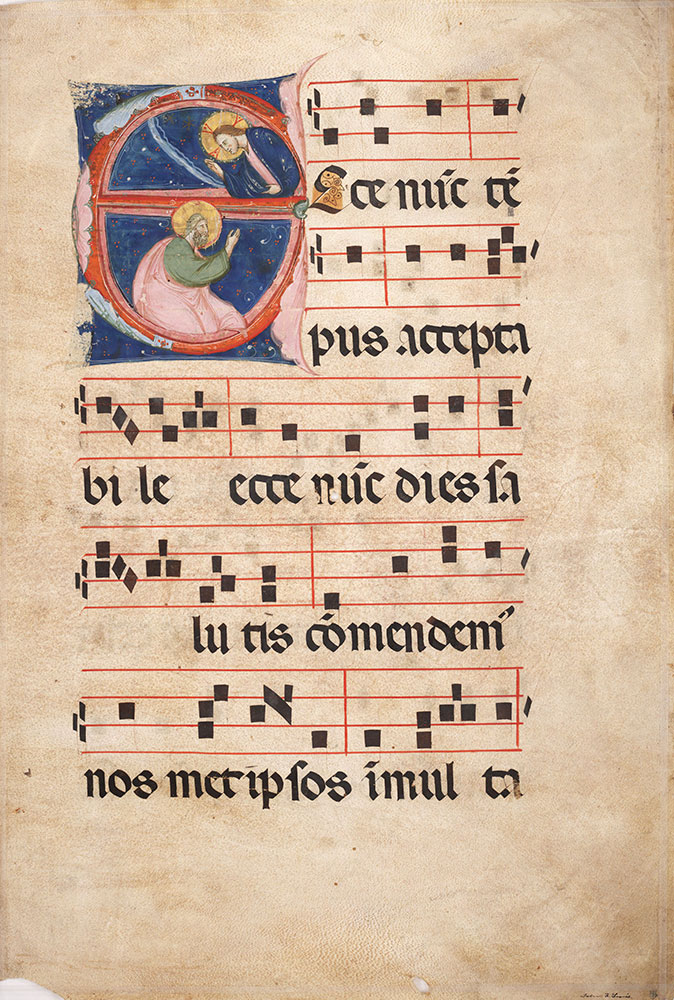 Item No: mcai680091
Additional Title: Choir books
Script: Rotunda
Language: Latin
Folio Number: front 68:9
Original Year/Month/Day: 1314
Source: Rare Book Department
Notes: Initial E with Christ speaking to Isaiah
Notes: Inscription on lower margin of E M 68:7b reads "m.ccc.xiiij. fater bonfantinus antiquior de bononia hunc librum fecit."
Notes: This page begins the first response of the first nocturn of Matins for the first Sunday of Lent, "Ecce nunc tempus acceptabile ..." (Behold, now is the acceptable time). The "acceptable time" refers to a prophecy of Isaiah in which the Lord says to the prophet: In an acceptable time I have heard thee, and in the day of salvation I have helped thee: and I have preserved thee, and given thee to be a covenant of the people, that thou might raise up the earth, and possess the inheritances that were destroyed." (Is. 49:8). Paul makes reference to this prophecy in relation to Christ in his second letter to the Corinthians (6:1-2), which is the reading that begins the Office for the first Sunday in Lent.

This initial, as well as those of its sister leaves (Lewis E M 68:7a-b), is by Neri da Rimini, a Riminese illuminator whose activity can be documented from 1300 to 1338. This leaf can be dated more precisely to 1314 based on an inscription on Lewis E M 68:7b, in which the scribe Bonfantino of Bologna signed and dated his work.
Sirsi Catalog Key: 1659798
Country: Country:Italy
City/Town/Township:Bologna 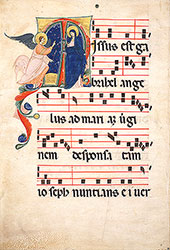 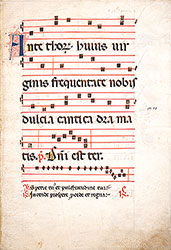 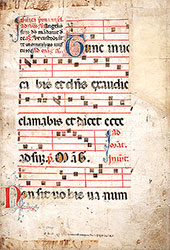 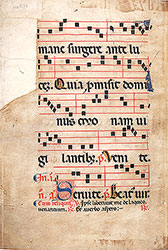 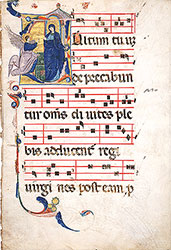 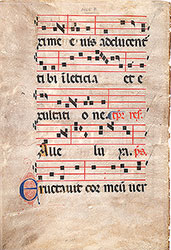 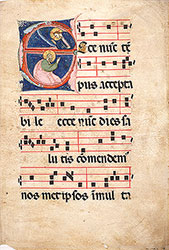 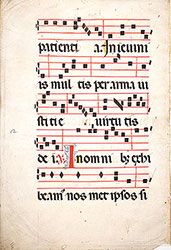