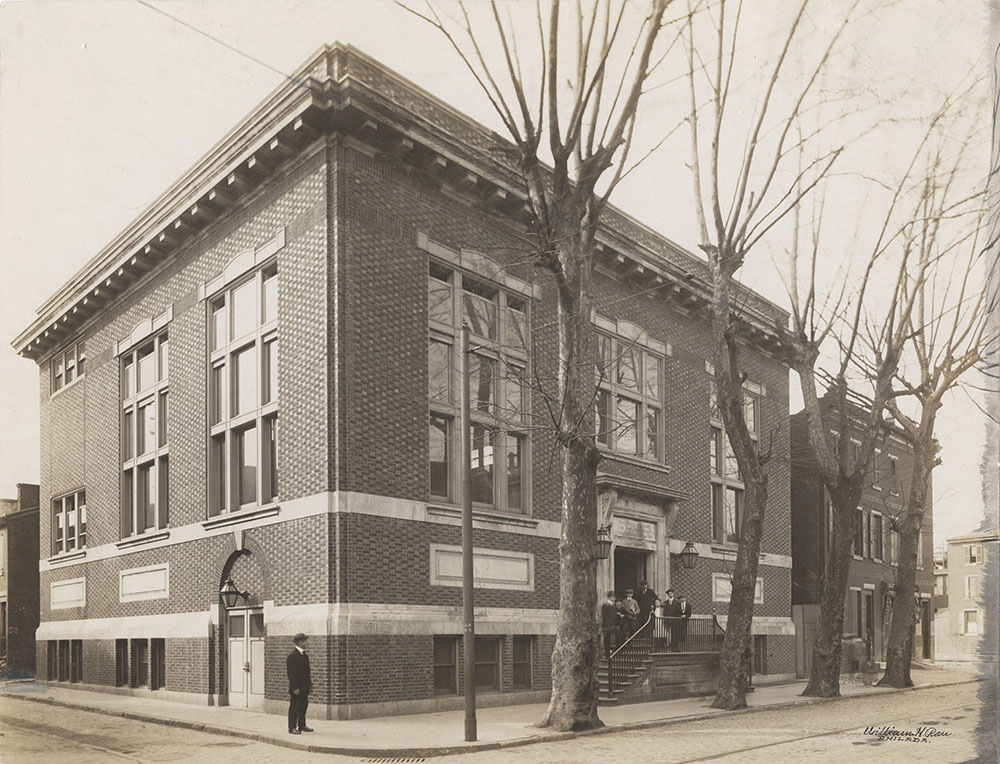 This is a ca. 1912 exterior view of the Southwark Branch, which was the 13th Andrew Carnegie-funded Free Library branch. It opened on the NW corner of 5th & Ellsworth Streets, on Nov. 8, 1912. The land for the project was donated by the Young Men’s Institute--the lot was initially deemed too small for a branch, but the need was great and there were no other prospects available in the densely-developed working class neighborhood.

The building was designed by Philadelphia architect David Knickerbacker Boyd, and built at a cost of $51,489. It is a dark red brick and Indiana limestone Georgian Revival structure, nearly square in plan. The decorative details focus on the main entrance. The library stands one tall story high on a raised basement.

In 1963, the Southwark Branch reopened in a new building at 7th & Carpenter Streets. In 2004, it was renamed, in honor of Charles Santore, a long-time South Philadelphia leader.