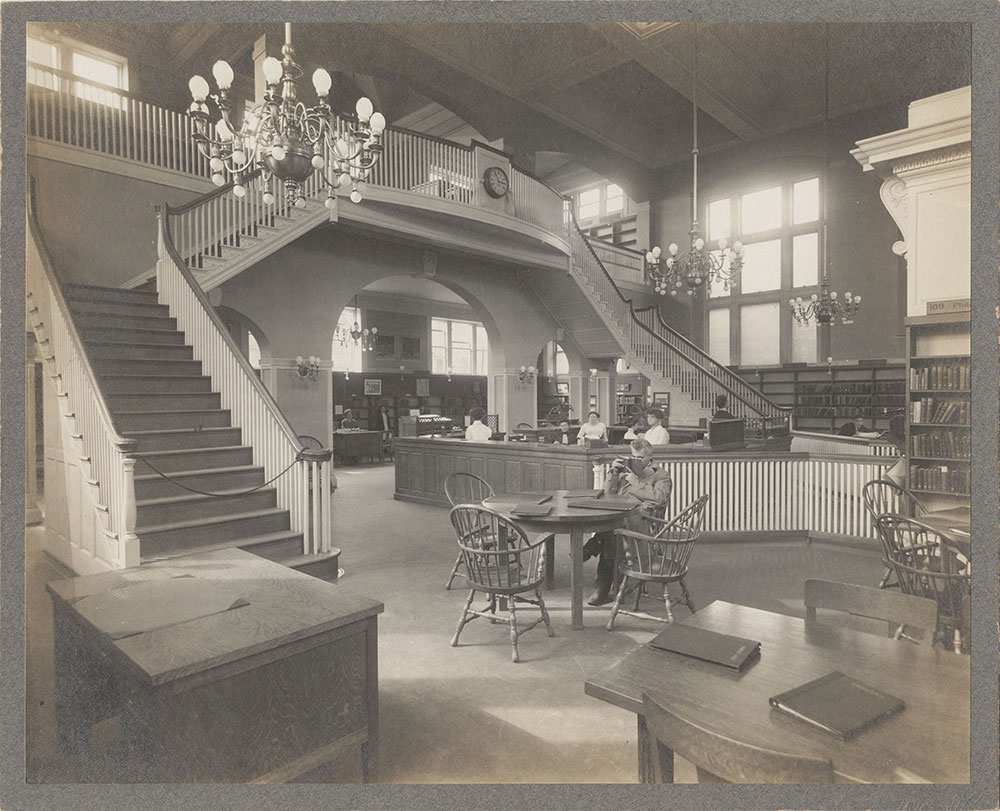 This is a ca. 1912 interior view of the Southwark Branch, which was the 13th Andrew Carnegie-funded Free Library branch. It opened on the NW corner of 5th & Ellsworth Streets, on Nov. 8, 1912. The land for the project was donated by the Young Men’s Institute--the lot was initially deemed too small for a branch, but the need was great and there were no other prospects available in the densely-developed working class neighborhood.

The interior space is dominated by a dramatic spilt staircase leading to a landing and open mezzanine. The square floor plan used the mezzanine to create additional interior space. In the foreground is the main room and circulation desk. The Children's Reading Room is visible in the lower space under the mezzanine. The mezzanine was used as the reference room. The basement had a lecture room that could seat about 150, a kitchen, two toilets, a supply room, and a magazine room. The sub-basement had a boiler room, coal and ash bins.

In 1963, the Southwark Branch reopened in a new building at 7th & Carpenter Streets. In 2004, it was renamed, in honor of Charles Santore, a long-time South Philadelphia leader.