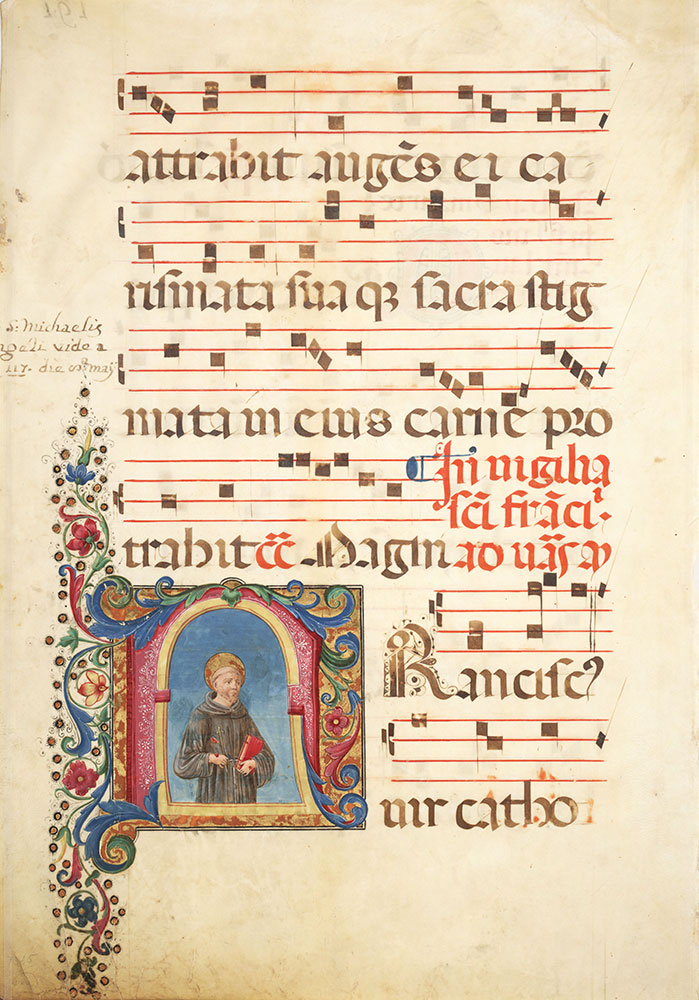 This initial begins the first antiphon for first Vespers for the Vigil of St. Francis of Assisi (Oct. 4), "Franciscus uir catholicus ..." (Francis, a catholic man).

The style of illumination in this initial suggests that it was painted by a follower of Attavante degli Attavanti (b. 1452-1520/25). Attavante was one of Florence's most sought after and influential illuminators of the late fifteenth and early sixteenth centuries. Among his many patrons, were Federigo da Montefeltro, the Duke of Urbino (1477-8), and Matthias Corvinus, King of Hungary (1458-1490). 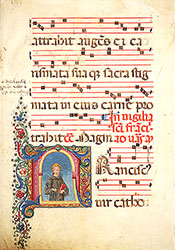 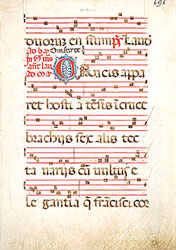 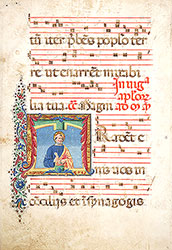 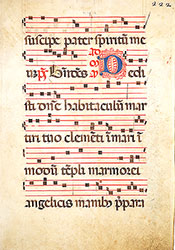