Lobel - How the Tsar Drinks Tea 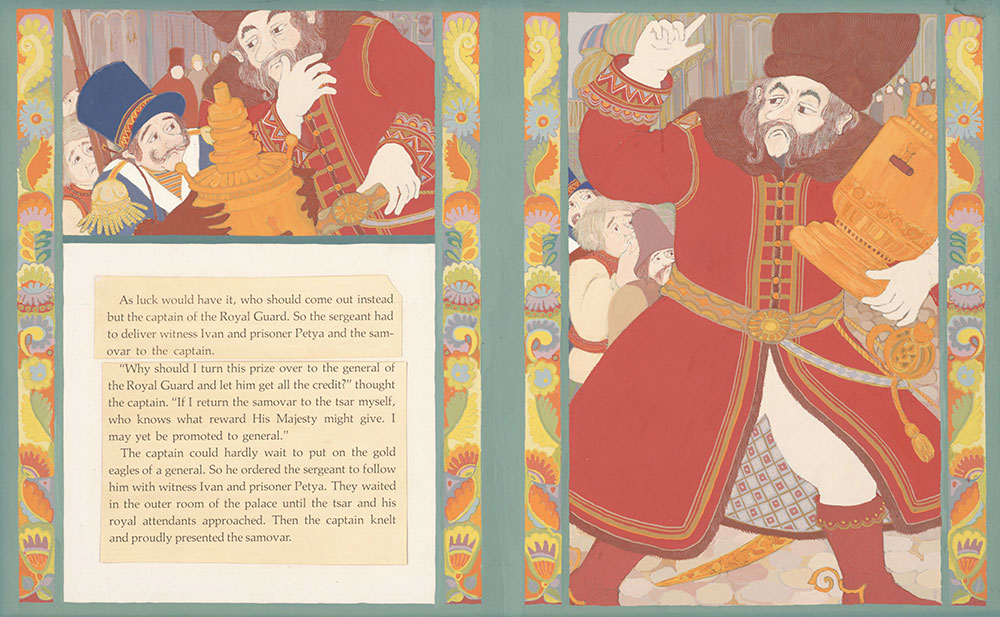 Item No: clrc000156
Title: Lobel - How the Tsar Drinks Tea
Additional Title: How the Tsar Drinks Tea
Material: graphite, gouache, ink, pasted text on paper (est.)
Transcription: As Luck would have it, who should come out instead but the captain of the Royal Guard. So the sergeant had to deliver witness Ivan and prisoner Petya and the samovar to the captain. "Why should I turn this prize over to the general of the Royal Guard and let hime get all the credit?" thought the captain. "If I return the samovar to the tsar myself, who knows what reward His Majesty might give. I may yet be promoted to general." The captain could hardly wait to put on the gold eagles of a general. So he ordered the sergeant to follow him with witness Ivan and prisoner Petya. They waited in the outer room of the palace until the tsar and his royal attendants approached. Then the captain knelt and proudly presented the samovar.
Media Type: Illustrations
Source: Children's Literature Research Collection
Bibliography: