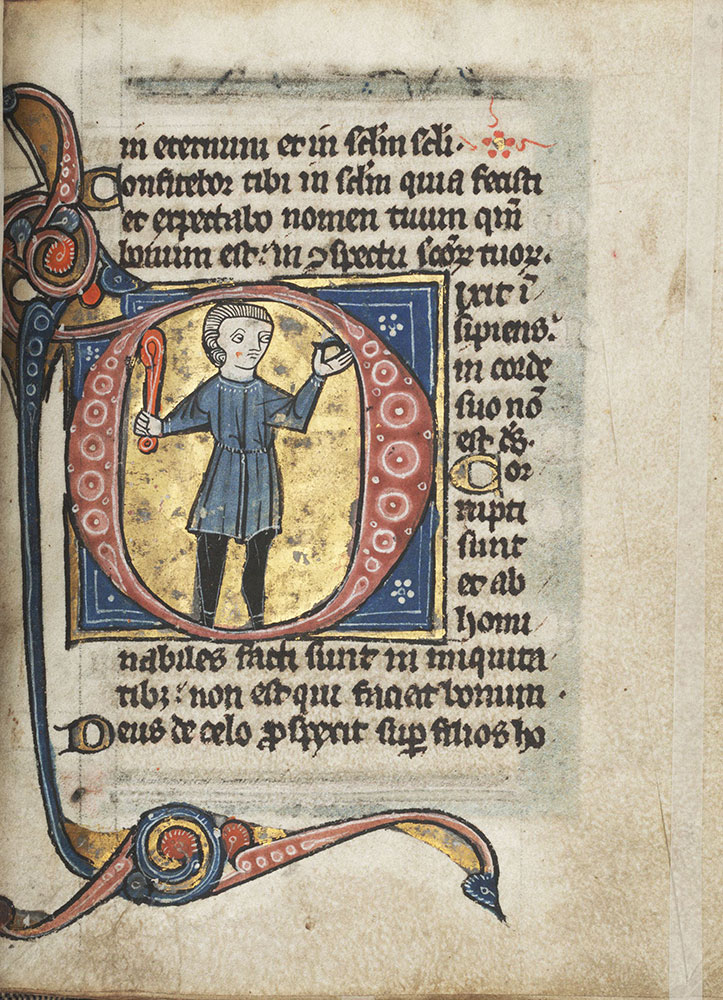 Item No: mca1810611
Additional Title: Psalter
Script: Gothic bookhand
Language: Latin
Folio Number: f. 61r
Source: Rare Book Department
Notes: Initial D, beginning Psalm 52
Notes: This initial D begins Psalm 52, "Dixit insipiens in corde suo non est deus ..." (The fool said in his heart there is no God). The figure in the initial holding a club represents the fool, and the bread he holds in his other hand is a reference to the fifth verse of the psalm, "Shall not all the workers of iniquity know, who eat up my people as they eat bread?" The abstracted vegetal motifs in the border decoration are characteristic of a group of manuscripts produced in the Ghent-Bruges region of Flanders, or modern-day Belgium. This group has been identified by scholars as the "Tweede" group based on shared stylistic affinities.
Notes: This manuscript has been dated to ca. 1270.
Sirsi Catalog Key: 1457698
Country: Country:Flanders 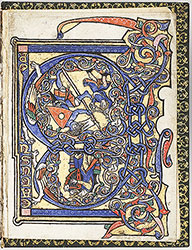 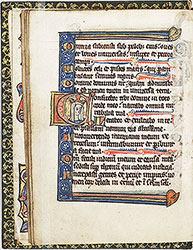 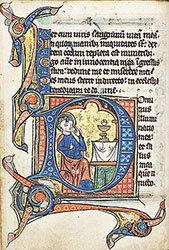 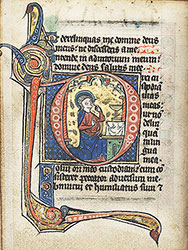 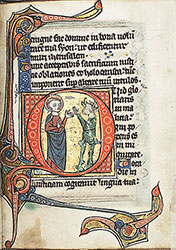 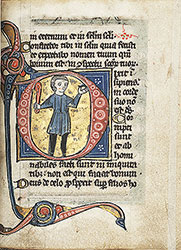 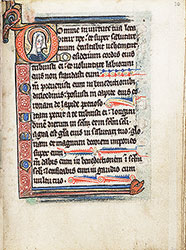 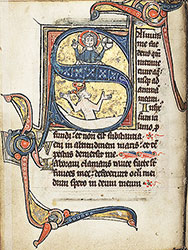 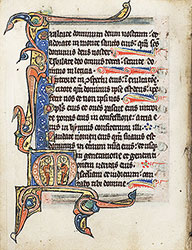