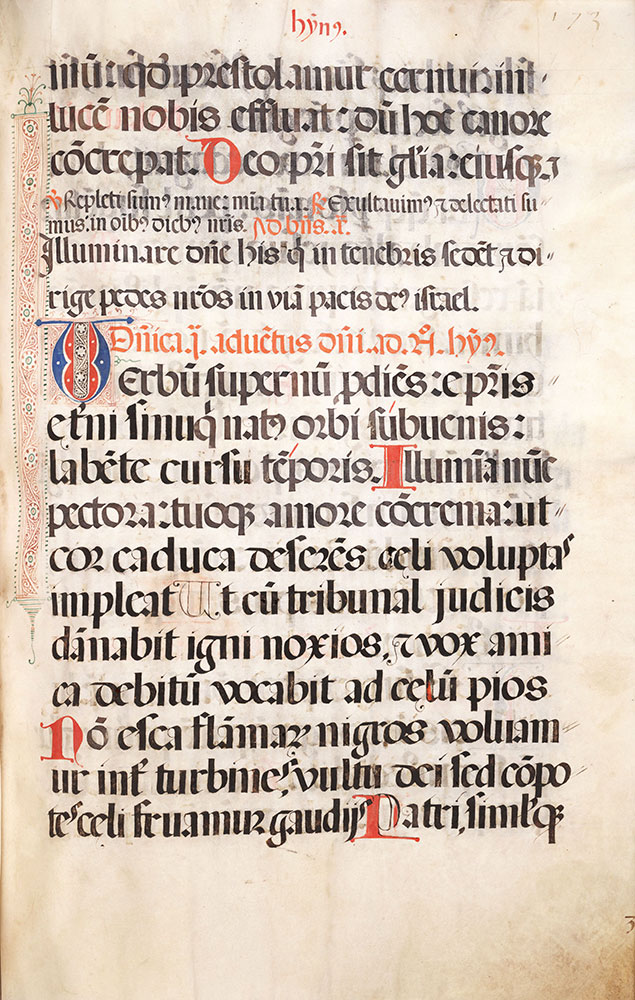 Item No: mca2311731
Additional Title: Hymnal
Script: Rotunda
Language: Latin
Folio Number: 173r
Source: Rare Book Department
Notes: Choir (or ferial) psalters often contained hymnals, as does this manuscript. The hymn shown on this page, which begins "Verbum Supernum prodiens" (The word came from above), was written by St. Thomas Aquinas (1225-1274) at the request of Pope Urban IV when he established the feast of Corpus Christi in 1264. It is sung at Lauds.

The similarities between the bindings on Lewis E 221-234, as well as their common provenance, suggests that, at least in the eighteenth-century, they served as a set of liturgical manuscripts for a single religious institution.
Notes: Initial V
Sirsi Catalog Key: 1597600
Country: Country:Portugal
City/Town/Township:Belém ? 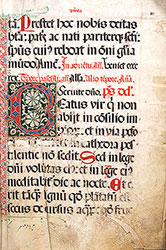 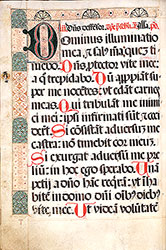 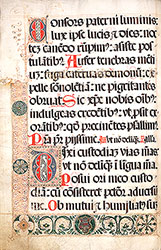 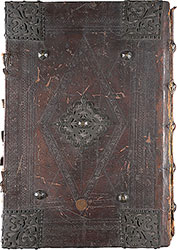 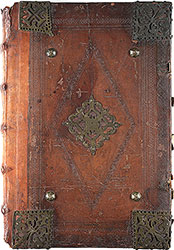 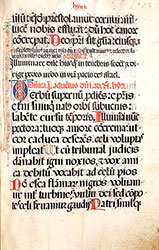